Although there is still interest in city clubs to own I-League team but the ongoing uncertainty is pushing them back. 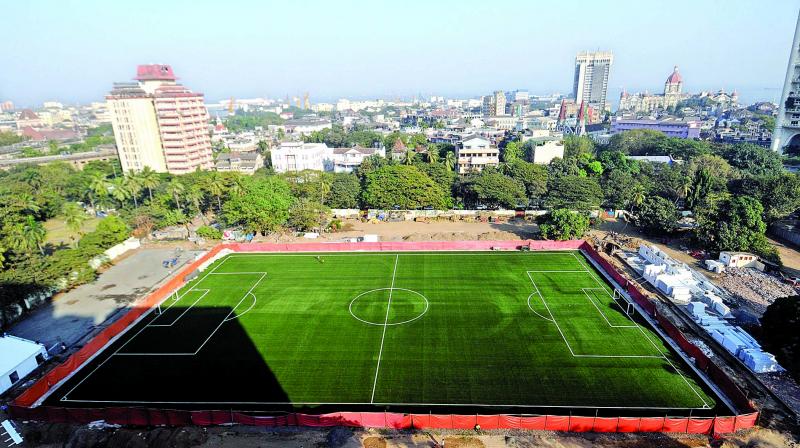 As the Mumbai District Football Association is gearing up to start its Elite Division season from August 1, the city remains without an I-League club.

As the Mumbai District Football Association is gearing up to start its Elite Division season from August 1, the city remains without an I-League club. Ever since, Mumbai FC were relegated after the 2016-17 season, and they eventually decided to shut its shop two years ago, football fans haven’t seen  I-League action in the city.

The uncertainty over the future of I-League hasn’t encouraged many city clubs to come forward despite their interest and resources. Last year, MDFA President, Aaditya Thackeray in an interaction with media had shown optimism over city having its own national club soon but with All India Football Association not able to find a solution regarding giving due coverage to I-League, it doesn’t seem to be happening too soon.

Many new clubs like U Mumba owned by U Sports who after making their mark in the world of Kabaddi were ready to invest themselves to develop Mumbai football. It was part of the Private section of the MDFA’s Elite Division last season and they did pretty well as debutantes.

U Sports founder Ronnie Screwvala had expressed interest to have an I-League team rather than an Indian Super League Franchise. Although they are expected to participate in Elite Division this season also but their plans of owning an I-League team don’t seem to materialise too soon.

“There are few clubs who are interested to own an I-League team but they are playing a waiting game to make investment,” admitted Western India Football Association (WIFA), Honorary Secretary Souter Vaz.

Interestingly, Mumbai had three I-League clubs at one point of time and Cooperage Football Ground hosted their top flight matches. But Mahindra United disbanded its I-League team while Air India and ONGC were not in compliance with Asian Football Confederation norms.

Mumbai FC came to being in 2007 and closed down after a decade. Mumbai Tigers played in I-League second division before closing down. There were so many top teams in the city but there was dearth of grounds. At one point of time when Cooperage Football ground was under renovation, city based I-League clubs played their home games in Pune and Kolhapur.

Now besides refurbished Cooperage, there are many good grounds like Mumbai Football Arena in Andheri, Neville D’Souza ground in Bandra and few more in Navi Mumbai. But there is no top-flight team left.

WIFA’s attempts to revive Rovers Cup and introduce a tournament for clubs within Maharashtra hasn’t materialised due to busy annual calendar lack of sponsors.

Mumbai has an ISL club, Mumbai City FC but the turn out in ISL matches despite star attraction of co-owner Ranbir Kapoor, has been disappointing .The 9000 capacity Mumbai Football Arena has hardly been fully occupied so far, despite hosting final last season. It has local flavour in Raynier Fernandes.

The heartening thing for Mumbai football is that local boys Fernandes, Rahul Bheke, Nikhil Poojari and Farukh Choudhary have been part of Indian national team and many are doing well for the I-League and ISL franchises.

This season, Elite Division teams like Air India and ONGC will get more action in local tournaments. They will kick-off the season starting with the Nadkarni Cup 2019, which is scheduled to commence at the Cooperage ground, from August 1. The Elite Division (Corporate & Private) teams/clubs will be participating in this tournament.

After the completion of the Nadkarni Cup, the Elite Division teams will have the opportunity to participate in the annual Independence Cup 2019, which will likely to be a two-day tournament to be played on August 14 and 15.