The striker has four French caps and scored 70 goals for Sevilla in 138 matches over three seasons. 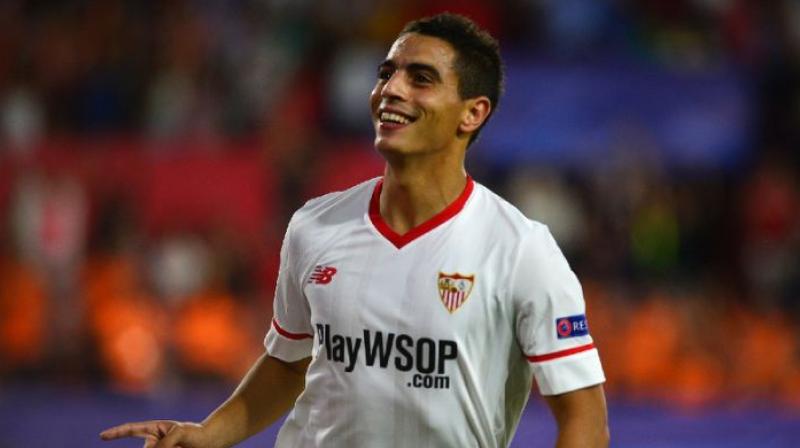 According to sources close to Monaco, the transfer is for 40 million euros (44.7 million USD), the amount of the Ben Yedder's release clause, with Lopes valued at 20 million euros.

That would make the 29-year old Ben Yedder the most expensive player bought by a Ligue 1 club so far in this summer's transfer window, ahead of Paris Saint-Germain recruits Idrissa Gueye and Abdou Diallo.

The striker has four French caps and scored 70 goals for Sevilla in 138 matches over three seasons. He moved to La Liga in 2016 after six seasons at Toulouse.

"Wissam is a very talented player, a complete striker, who has proved his ability to score in Toulouse and Seville, but also in international competitions. He is also a player with an exemplary attitude," said club vice-president Oleg Petrov in a statement.

"I come with the intention of proving, as always, my qualities and with the desire to reach a new level," said the player.

Lopes, who was under contract with Monaco until June 2022, has signed a five-year deal with Sevilla.

The 23-year-old joined Monaco in 2015 for around 15 million euros from Manchester City, before being loaned to Lille for a season and a half. Back in Monaco in 2017, he scored 15 goals and won the first of his two Portuguese caps in November 2017. Last season he scored four goals as Monaco struggled.

Monaco, French champion in 2017 and runners up in 2018, are rebuilding after a season of turmoil.

Coach Leonardo Jardim was fired last October. His replacement Thierry Henry could not lift the club out of the relegation zone and was fired in January. Jardim returned and dragged the club to a 17th-place finish.