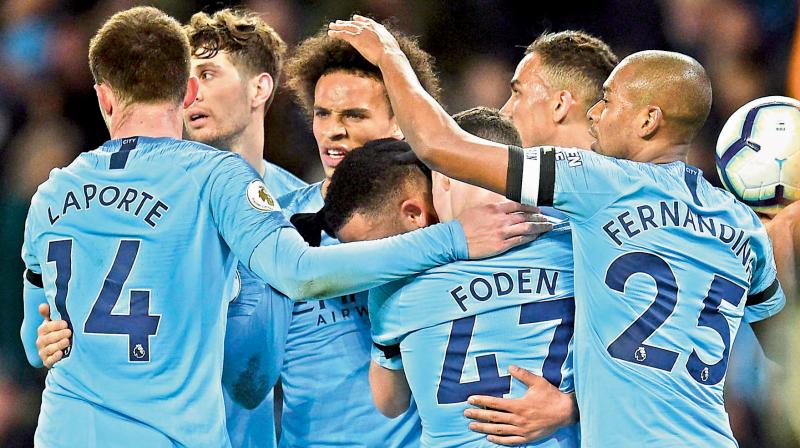 London: Leroy Sane's new agent says the Manchester City winger is still in the running for a transfer to Bayern Munich, after a potential switch was put on hold due to a serious knee injury.

"FC Bayern is the only club in Germany that Leroy can see as the next step in his career," Sane's agent Damir Smoljan told magazine Sport Bild on Wednesday.

"He believes the conditions are right there for him to achieve his ultimate goal: winning the Champions League."

The 24-year-old Sane is viewed as one of Germany's brightest talents and has scored five goals in 21 appearances for his country. He won the Premier League title with City in 2017/18 and 2018/19.

He seemed to be on the verge of joining Bayern last August before he tore his cruciate knee ligament during the Community Shield match against Liverpool at Wembley, holding up a possible move.

Last month, Sane admitted the devastating injury was the "longest and hardest" of his career, describing the road to recovery as both mentally and physically gruelling.

Sane returned to training and played a game for City's reserves in March before the Premier League fixtures were halted due to the coronavirus pandemic.

Before injury struck, Sane's rumoured switch to Munich had involved a reported transfer fee in excess of 100 million euros ($109 million).

Bayern want Sane after wingers Arjen Robben and Franck Ribery both retired at the end of last season.

"The interest of FC Bayern is no secret, but other very big European teams have already contacted us about Leroy," Smoljan added, with Barcelona and Real Madrid also said to be interested.

In this season's Champions League last 16 ties, Bayern beat Chelsea 3-0 in London while City ran out 2-1 winners over Real Madrid in Spain before both second legs were postponed due to the coronavirus.