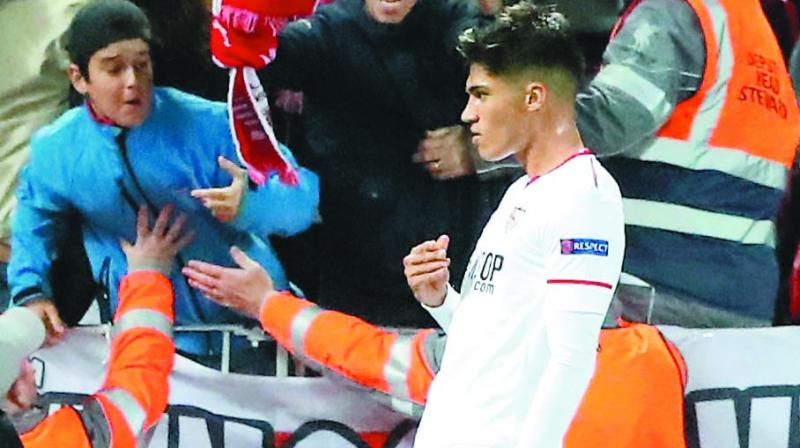 Anfield was in jubilant mood as the English club welcomed back Champions League football after a two-year absence, but it took Sevilla just four minutes to dampen the enthusiasm. After Wissam Ben Yedder had given the Spanish side an early lead, goals from Firmino and Mohamed Salah put Liverpool ahead, only for Firmino to miss a penalty.

On the hour, Sevilla manager Eduardo Berizzo was dismissed for throwing the ball away from Liverpool’s Joe Gomez as he tried to take a throw-in, but his disappointment was eased, thanks to Correa, on 72 minutes.

After losing eight of their previous 12 matches at Wembley, Kane’s predatory finishing ensured Tottenham finally enjoyed a night to remember in their temporary lodgings.

Son Heung-Min’s goal put Tottenham ahead early on and, although Andriy Yarmolenko conjured a sublime equaliser, it was the hosts who possessed the killer instinct thanks to Kane’s latest heroics.

Kane restored Spurs’ advantage before the interval and wrapped up the victory with his second goal after half-time.