Choudhari said JFC provides a platform for these TFA youngsters to showcase their talent. 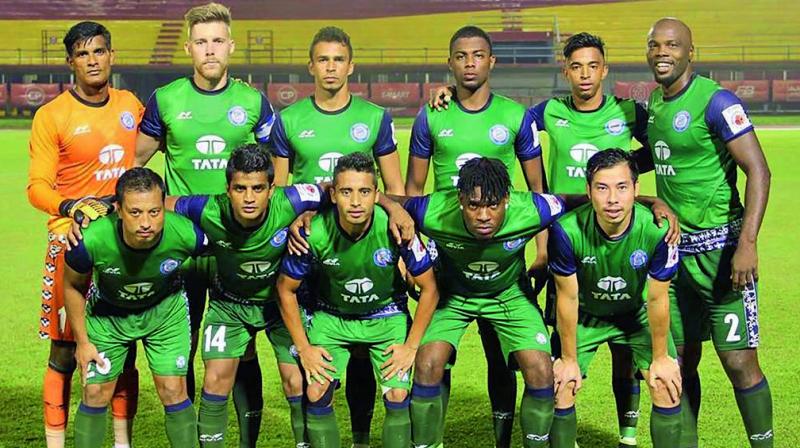 Around 130 footballers have graduated since TFA began operation in 1987, many going on to represent the country and making a name for themselves on the domestic circuit.

As a club, TFA participated in top tournaments in the 1990s and 2000s. But since many of those tournaments have lost eminence or are defunct, opportunities for TFA cadets to play against top domestic teams have dwindled.

Choudhari said JFC provides a platform for these TFA youngsters to showcase their talent.

“We were always associated with the development of the sport so it was a logical to get into the ISL, to make available a platform for the players, which will help the league develop further. The league is already popular and we thought it is the right moment to step in and leverage from it,” Choudhari told this paper.

Commercial viability prompted them towards ISL rather than the I-League, identifying franchise-based football as the way forward in the country.

“The I-League has done good work. But it had to go the next level, for which it is necessary to involve the corporate sector, which can boost the game’s overall development, which I-League clubs were not finding it easy to cope with. So I think it is better to have a franchise-based league. That’s why we stepped in,” he added.

JFC will be an extension of what TFA does, ruling out a possibility of a conflict between the two entities.

“TFA is for youth development. That’s its identity. We will continue with that. JFC is a separate entity. JFC is going to complement TFA so that we have a new extension, a new pathway for TFA. Cadets can now look up to joining JFC.

“TFA will be a feeder for the main team. Players will have direct opportunity to play in JFC. But TFA will continue to develop players not only for JFC but for everybody. It’s been a nursery for the national team.”

Corporate involvement in Indian football has had mixed fortunes with several I-League clubs shutting shop. ISL clubs are also reported to be incurring losses. Choudhari, though, insists they are here “for the long haul”.

“Many of the people who came in didn’t have the perspective how to operate. With I-League clubs it was a different story as I-League per se, the model is not being very financially viable. But in case of ISL, the model is more or less an IPL model. It is a long process, it will take time. But we have to invest and support the sport. It is a matter of time, things will get better. We should wait and give it due time and then see to it the sport develop as we go along,” he added.

JFC begin their campaign away at Guwahati against North East United FC on November 18 after conducting pre-season training in Thailand. Considering their debut season, expectations have been pegged back. “We want to win all matches but one has to be practical, we will be happy if we are among the top bracket. Our objective is to be in the semi-finals.”