Atalanta had played Valencia in the Champions League round of 16 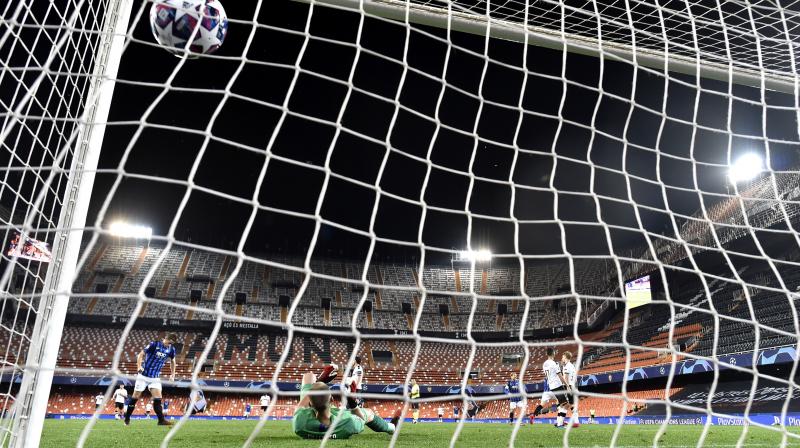 Atalanta's Josip Ilicic scores his side's third goal during the Champions League round of 16 second leg match against Valencia in Valencia, Spain, on Tuesday. AP Photo

Milan: Atalanta players and staff are self-isolating after five of their Champions League opponents Valencia's players tested positive for coronavirus, the Serie A club announced on Sunday.

Gian Piero Gasperini's side beat Valencia 4-3 at the Mestalla last week to advance to the Champions League quarter-finals 8-4 on aggregate, and Argentina defender Ezequiel Garay is among the La Liga outfit's players to have since tested positive for COVID-19.

As a result Atalanta said in a statement they would be "self-isolating at home in compliance with hygiene rules".

All sports in Italy have been suspended until April 3, but Atalanta had been due to resume training on Monday. They will now be stopped until March 24.

On Saturday Atalanta forward Josip Ilicic donated the ball with which he scored all four of his team's goals against Valencia to a hospital in Bergamo, which is at the centre of Italy's coronavirus drama.

The northern Lombardy region in which Bergamo is situated has reported 1,218 deaths of the total in Italy of 1,809 -- the most of any nation outside China.