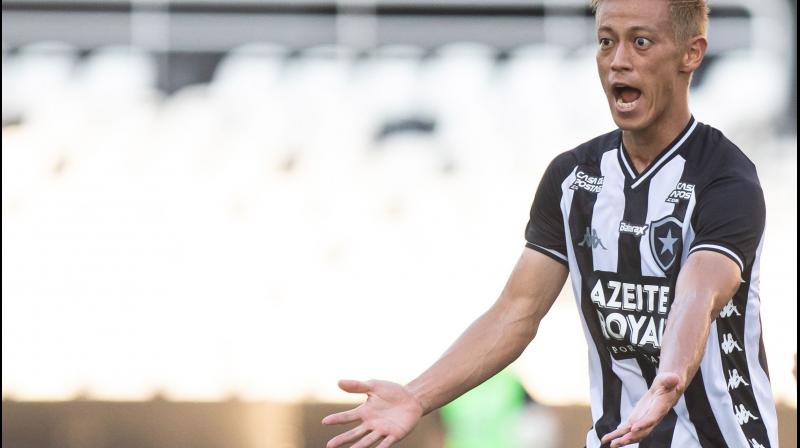 Rio de Janeiro: Japanese midfielder Keisuke Honda scored in his debut for Brazilian club Botafogo Sunday, a 1-1 draw against Bangu played in an empty stadium because of the coronavirus pandemic.

Honda, 33, got a hero's welcome from thousands of fans when he arrived in Brazil on February 7, but played his first match in the eerie quiet of Botafogo's deserted stadium. He was photographed training ahead of the Rio Cup tie with a mask on.

It may be his last match for some time: the Brazilian Football Confederation (CBF) has suspended the season until further notice because of the pandemic, effective Monday.

Honda, one of the best players in Japanese football history, had been without a club since leaving Dutch side Vitesse Arnhem in December, less than two months after joining.

Botafogo are looking for a boost after finishing 15th in the Brazilian league last season, barely avoiding relegation.

Formerly of AC Milan and CSKA Moscow, Honda has stood out for the Japan national team, scoring 37 goals in 98 appearances, including four World Cup goals. In 2018 he became the first Japanese player to score in three World Cups.

His contract with Botafogo runs until the end of the year.