The Fifa-AFC team will draft its roadmap by October-November after conducting a market research and then meet all stakeholders. 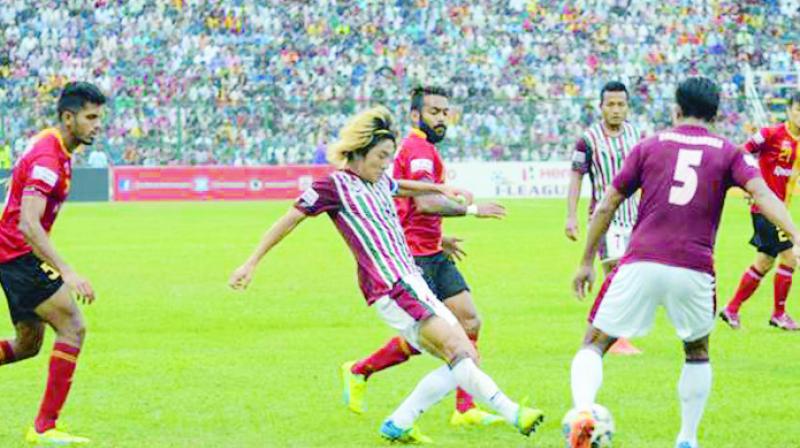 New Delhi: A patient hearing of their “justified” cause by Fifa and AFC officials has raised hopes of Mohun Bagan and East Bengal playing in a unified Indian Super League next year.

It is part of the team’s research to prepare a roadmap for the cramped Indian football calendar, which will witness two top tier leagues — the Indian Super League and the I-League — running simultaneously this year.

Bagan and East Bengal were involved in prolonged discussions with the All India Football Federation but were ultimately denied a direct entry into the 2017 edition of the eyeball-grabbing tournament after their refusal to accept the governing body’ demands, including a Rs 15 crore franchisee fee, as laid down by its marketing partners, and had to be contend playing in the I-League.

But officials of the two clubs now hope the scenario will improve with the involvement of Fifa since they “know about football” and care about “legacy clubs” like Bagan and East Bengal.

“Fifa is very pleased with our point of view. They are aware of the ground realities of Indian football. We are searching for the right path for improvement of football in the country along with the other stakeholders and are not in any war with the AIFF’s marketing partners as some people are trying to project,” Mohun Bagan’s finance secretary Debasish Dutta told this paper.

The Fifa-AFC team will draft its roadmap by October-November after conducting a market research and then meet all stakeholders.

“They will prepare three options by October and then get in touch with the AIFF. By November, a solution is likely to emerge,” Dutta added.

East Bengal assistant secretary Shanti Ranjan Dasgupta said they were prepared to tread a middle path, agreeing to pay a ‘tournament fee’ of Rs 1-2 crore, but not the proposed franchisee fee of Rs 15 crore, “since we are not a Johnny-come-lately franchise, which has arisen from corporate money”.

“Fifa noted our viewpoints. We also reminded them of our fan power, which has come out in numbers during the Calcutta Football League and told them one league with all stakeholders should be the way forward,” Dasgupta said.