Finland has qualified for the first time for a major touranament. 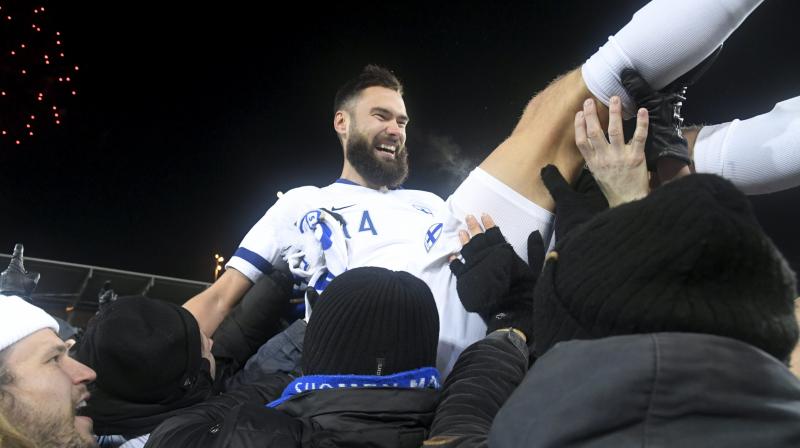 Finnish captain Tim Sparv celebrates with fans after qualifiying for Euro 2020. Finland registered a 3-0 defeat and as a result, now the side will be making their debut in a final tournament. (Photo: AFP)

Nyon: Finland and Sweden have sealed their place for next year's Euro Cup after winning their respective matches in the qualifying tournament on Friday (local time).

Finland registered a 3-0 defeat and as a result, now the side will be making their debut in a final tournament. Jasse Tuominen opened the scoring for the side in the first half. Teemu Pukki then converted a penalty first and then he added another goal to take Finland to a comfortable victory.

The side is currently on the second spot in Group J of the qualifying tournament with 18 points from nine matches.

On the other hand, Sweden registered a 2-0 win over Romania to seal their place for Euro 2020. Marcus Berg scored the first goal for the side and later, Robin Quaison netted the ball into the goalpost to take Sweden to their sixth successive Euro appearance.

On Thursday, England, France, Turkey and the Czech Republic had also sealed their place for the European tournament next year.

Defending champions Portugal's appearance at the event is still unknown as Serbia continues to give a tough fight to Cristiano Ronaldo's side in Group B of the qualifying tournament.