Bundesliga suspended until April 2 due to coronavirus 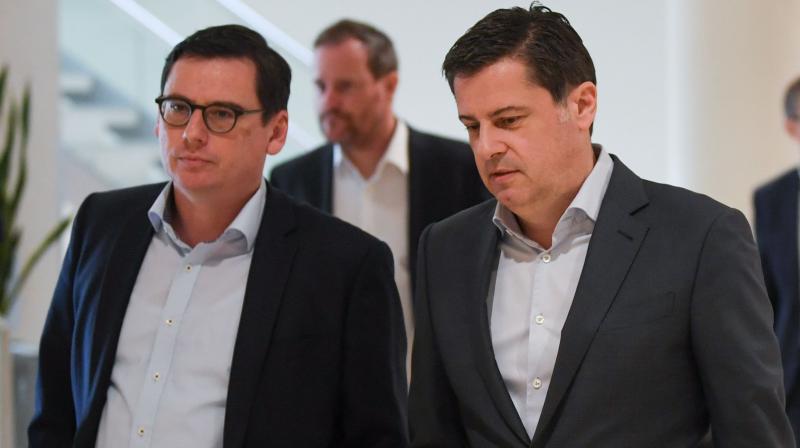 Chief Executive Officer of the DFL Christian Seifert (R) and Finance and Marketting director of SC Freiburg football club Oliver Leki arrive for a general meeting of the German Football League (DFL) in Frankfurt am Main on Tuesday. AFP Photo

Frankfurt Am Main: The 36 clubs in Germany's two top divisions have accepted the proposal by the German Football League (DFL) to put the competitions on hold until April 2 due to the coronavirus pandemic, the DFL's chief executive said on Monday.

The Bundesliga and second-tier sides agreed on the move during a general meeting in Frankfurt and will come together again in April to make another decision.

"For now, no-one can say in good faith when football will restart. It's too early to be able say the season won't come to an end," he said.

If the health situation allows it the DFL would prefer to hold matches behind closed doors to keep hold of the income from television rights which the professional outfits heavily depend on.

"A point will arrive, without fans, without TV rights, and without the sponsorship income, the clubs' futures will be threatened," he said.

"We are currently fighting for these thousands of jobs, not so we can pay the salaries of the players," he added.