Solskjaer puts his money on Barcelona, backs Barca for winning the Champions Legaue

The United manager applauded the quality of front three of Barcelona, along with players like Dembele and Malcom. 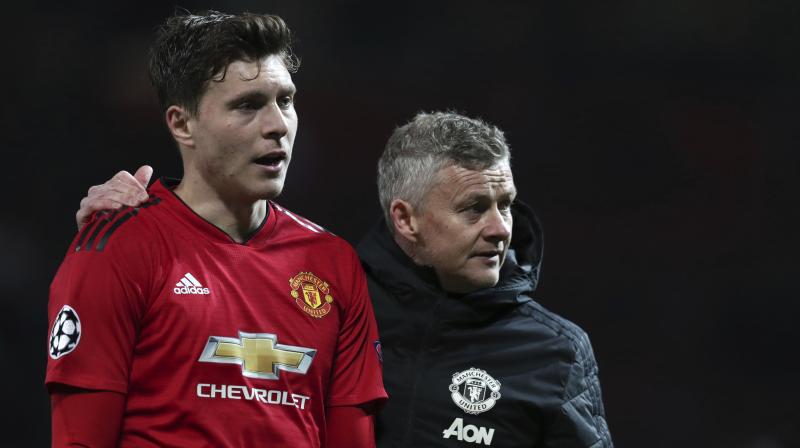 With five matches remaining, United currently standing at sixth in the table, two points behind Arsenal and Chelsea. (Photo: AP)

As per an article by Sportkeeda, Manchester United Gaffer Ole Gunnar Solskjaer has revealed that he considers Barcelona to be the favourites to win the UEFA Champions League.

Manchester United was dominated by Barcelona, with Messi scoring twice in the first half and Philippe Coutinho securing the win by scoring a long-range goal in the second half.

The Red Devils are out of the Champions League as Barcelona was triumphant in both the legs, leading the aggregate score to be 4-0.  With this win, Barcelona has finally broken its curse of not qualifying for the Semi-Finals of Champions League since 2015.

Barcelona’s hope of winning the treble this year are still alive, as Barca already are the league leaders with 74 points, with no other team close to them. Barcelona is also scheduled to face Valencia on May 25 for the Copa Del Rey Final.

"I think Barcelona will win yeah,” said the United Manager when he was asked about Barcelona’s chances ahead of the semi-final against either Liverpool or Porto.

The manager's verdict on a disappointing night at the Nou Camp. #MUFC #UCL

Solksjaer applauded the quality of front three of Barcelona, along with players like Dembele and Malcom which can be handy in later stages of the game.

"I wouldn't bet against them, even though I don't bet. But for me they will be favourites to win the whole tournament," he added.

After getting eliminated from the quarter-finals of the Champions League, United’s main objective will be to secure a place in the top four of the Premier League, as their main adversaries will be Arsenal and Chelsea who are also battling for the Champions League spot.

With five matches remaining, United currently standing at sixth in the table, two points behind Arsenal and Chelsea.

United will be facing Everton at the Goodison Park on April 21, and will host Manchester City and Chelsea on April 25 and April 28 respectively.