The ISL will kick off in Kochi with Kerala Blasters taking on two-time champions ATK on Sunday, and Ganguly will be present on the occasion. 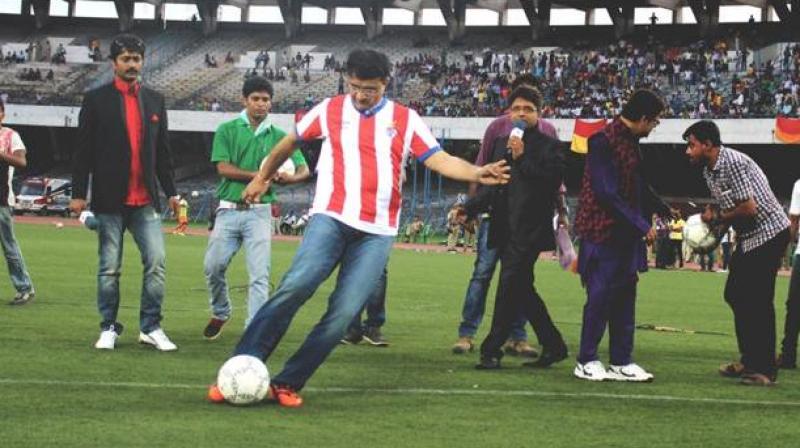 Kolkata: Sourav Ganguly, the next boss of Indian cricket, has also been made the "face" of the upcoming ISL, the country's franchise-based, glamorous football event.

The ISL will kick off in Kochi with Kerala Blasters taking on two-time champions ATK on Sunday, and Ganguly will be present on the occasion.

"I'm now the face of ISL this time and shot for them. So, I will have to attend the opening ceremony in Kerala and miss out on the Ranchi Test," Ganguly said at the Eden Gardens on Wednesday.

The BCCI president-elect was supposed to be in Ranchi, but the development means that Ganguly will attend the opening ceremony and reach Mumbai the next day to take over as the Board's president in its Annual General Meeting on October 23.

Ganguly, incidentally, is also the co-owner of ISL franchise ATK.

"I'm still with ATK and will speak to them soon," he said, adding that his new responsibility has forced him to step down from being the mentor of Indian Premier League franchise Delhi Capitals.

"I will continue doing only (Bengali TV show) Dadagiri and endorsements, rest all stopped. Commentary, article writing and IPL, I'll stop doing all this now. I've already quit Delhi Capitals and conveyed it to them. It's a huge responsibility and the first task would be to form various committees by calling Apex Council meeting."