Serie A: Ronaldo-less Juventus crashes to 1st Serie A defeat

Ronaldo had fired Juventus into the European quarter-finals with a comeback victory over Atletico Madrid last Tuesday. 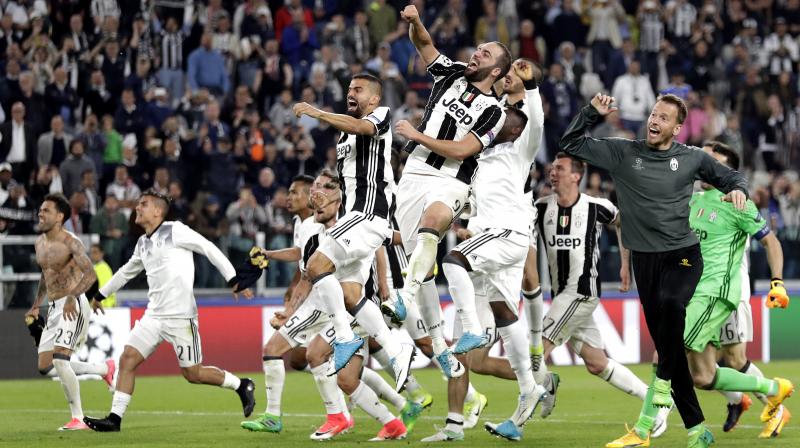 Without him the team slumped to a 2-0 defeat but still remain comfortably on track for an eighth consecutive league title. (Photo: AP)

Milan: Cristiano Ronaldo was rested and Juventus crashed to their first Serie A defeat of the season at Genoa on Sunday following their Champions League heroics, as Inter won a fiery Milan derby clash 3-2 to move into third ahead of city rivals AC Milan.

Ronaldo had fired Juventus into the European quarter-finals with a comeback victory over Atletico Madrid last Tuesday.

Without him the team slumped to a 2-0 defeat but still remain comfortably on track for an eighth consecutive league title.

Juventus's lead was cut to 15 points by Napoli who got back winning, prevailing 4-2 against Udinese after goalkeeper David Ospina collapsed on the pitch after suffering a head injury.

The on-loan Arsenal goalkeeper was later given the all clear following a CT scan at a Naples hospital.

Juventus had won 24 of their 27 previous matches in Serie A this season with three draws, including a 1-1 stalemate against Genoa in Turin.

"It's not a tragedy, but I'm sorry because we wanted to remain unbeaten," said Allegri. You can't play all the games at your maximum. The Champions League match certainly weighed heavy."

It was the first league defeat for Allegri's side since April 2018 against Napoli, and first away since losing at Sampdoria in November 2017.

The Italian champions had already been beaten this season by Atalanta in the Coppa Italia and lost in the Champions League to Young Boys in the group stage and Atletico Madrid in the last-16 first leg.

"The defeat could do us good, because maybe we thought we already had the league in our pockets and instead we still have to get five victories," continued Allegri.

"Much like the Coppa Italia defeat to Atalanta, we picked the right game to lose, because it's just before the break for international duty, so we have time to unplug and rest."

Ex-Juventus midfielder Stefano Sturaro, 26, playing his first game after ten months out with a tendon injury, scored just two minutes after coming off the bench.

Another substitute Goran Pandev sealed victory for Geno with ten minutes to go. "I'm happy for him (Sturaro), because he suffered a lot and today he changed the game," said Allegri.

The Colombian international had collided with Udinese striker Ignacio Pussetto minutes into the game, before collapsing just before half-time.

"Fortunately it's nothing serious, he's conscious, they did a CT scan that is negative, he'll remain under observation tonight," said coach Carlo Ancelotti.

Amin Younes curled in his first Serie A goal after 17 minutes, with Jose Callejon connecting with a Dries Mertens cross for the second on 26 minutes.

But Kevin Lasagna and Seko Fofana got two past Ospina in a six-minute spell after the half-hour mark as the Colombian looked out-of-sorts after his fourth-minute collision.

Alex Meret replaced Ospina with Napoli pulling ahead when Arkadiusz Milik headed in a Callejon corner on 57 minutes, with Mertens sealing the three points on 69 minutes.