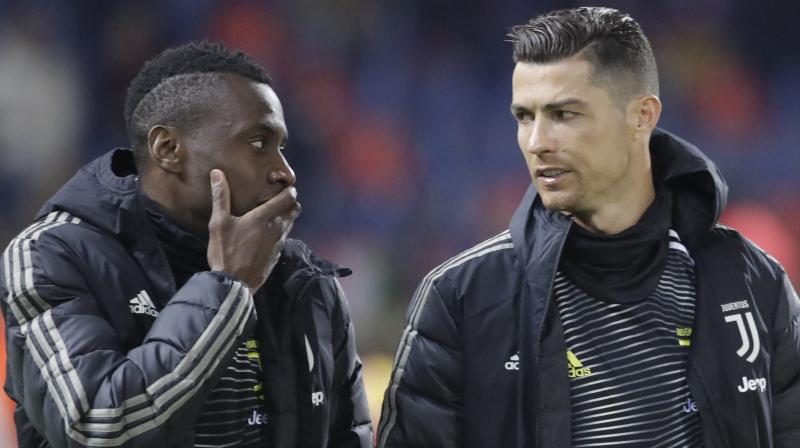 Juventus' Cristiano Ronaldo (R) listens to his teammate Blaise Matuidi prior to the start of a round of 16, Italian Cup match against Bologna at the Renato Dall'Ara stadium in Bologna, Italy, on Jan.12, 2019. AP Photo

"Matuidi has undergone medical tests that have revealed his positivity to the Coronavirus-COVID-19," the Italian champions said in a statement.

Juve added 32-year-old Matuidi, who lifted the World Cup in 2018, is asymptomatic and currently "in voluntary home isolation".

The midfielder's club teammate Daniele Rugani was the first top-flight footballer to be diagnosed with coronavirus last Wednesday, sending the entire team into quarantine.

In total 13 Serie A players have officially been diagnosed with the illness including seven from Sampdoria and three at Fiorentina.

Italian midfielder Zaccagni, 24, had already been in self-isolation as a precautionary measure after Verona played Sampdoria on March 8.

"Zaccagni is doing well, in recent days, he has only had a few bouts of fever," the eighth-placed Serie A club said.

"The player, as well as the whole team, will extend their voluntary isolation at home until March 25, while continuing to be monitored." Matuidi had urged his fans to "take care" in a post on Instagram at the weekend.

"It's a complicated time. At the beginning, I didn't really realise how serious this disease was and the danger, how fast the contagion spread here in Italy," he said.

"In this difficult time for all of us, I just wanted to invite you to follow the official recommendations carefully and to take great care of yourself and your loved ones.

"A lot of encouragement and infinite thanks to all the medical and nursing staff. We are with you." The virus has killed more than 2,500 people in Italy and infected over 31,000.