Rashford’s agents are reportedly dragging the contract renewal negotiations as Barcelona are ready with a bid for the youngster. 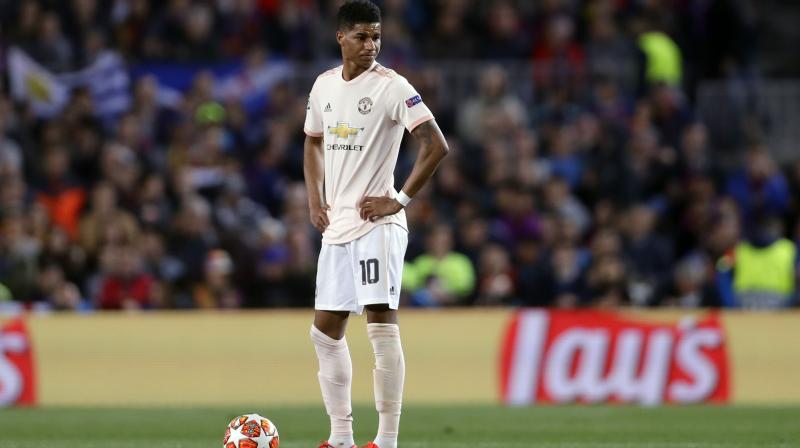 Rashford has managed to score 13 goals and 6 assists this season, and is certainly will be a part of the rebuild which Solskjaer will be aiming for. (Photo: AP)

As per an article by Sportskeeda, Marcus Rashford’s future looks uncertain as the youngster is stalling the contract negotiations by demanding a weekly wage of 200,000 pounds. Both Paul Pogba and Marcus Rashford have been an integral part of the team in this season, especially after Solskjaer took over.

Rashford has managed to score 13 goals and 6 assists this season, and is certainly will be a part of the rebuild which Solskjaer will be aiming for. Recent reports indicate that Barcelona are also interested in the youngster to strengthen their attacking options.

Being a Manchester United's academy product, Rashford broke into the first team in the 2015-16 season under Louis van Gaal. The 18-year old was given the Number 10 jersey since his debut, indicating the amount of belief that the club had in him.

Since then, Rashford has been a prominent part of the team, with his trait of pace helping him to showcase excellent performances. Rashford played a key role in shaping United’s victory against PSG in the round of 16.

Rashford’s agents are reportedly dragging the contract renewal negotiations as Barcelona are ready with a bid for the youngster.

Rashford is demanding 200,000 pounds weekly wage, with the assurances from technical staff that he will be a prominent part of the team for upcoming seasons. United will try their best to hold on to the 21-year old prodigy.

Manchester United are currently out of the top four in the Premier League, and the failure to qualify for the Champions League means that the team will find it difficult to attracts stars in the upcoming transfer window.

United are set to face Everton at the Goodison Park this Sunday in the Premier League. Premier League is at the brink of its completion and with only five games remaining in the season, Solskjaer and his men will try their best to compete with Arsenal and Chelsea for the Champions League spot.