Sports   Football  18 Apr 2019  'It's special for us to reach semi-finals for the second straight year', says Klopp
Sports, Football

'It's special for us to reach semi-finals for the second straight year', says Klopp 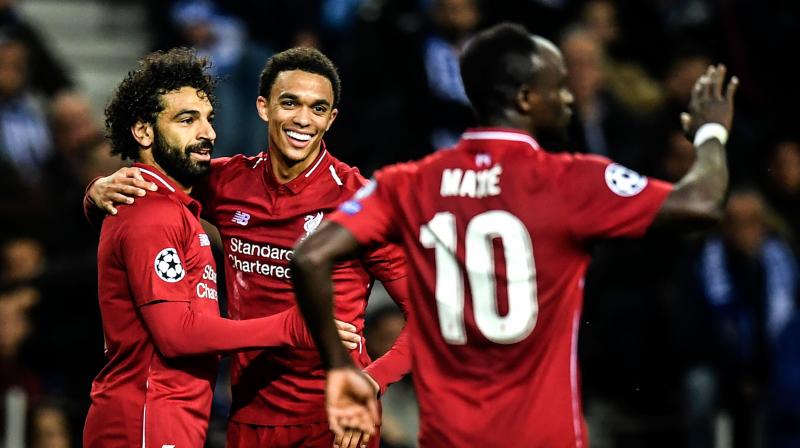 Liverpool are now undefeated in their last 17 games in all competitions as they seek a Premier League-Champions League double.(Photo: AFP)

Porto: Liverpool face a testing Champions League semi-final against Barcelona, but have made a statement by reaching the last four for the second straight year and are equipped to deal with the very best, manager Juergen Klopp said.

Liverpool beat Porto 4-1 at the Dragao Stadium on Wednesday to advance 6-1 on aggregate with their attacking trio of Mohamed Salah, Sadio Mane and Roberto Firmino all on target once again.

With their defence marshalled by the hugely impressive Virgil Van Dijk, Liverpool, who reached the final last year, are now undefeated in their last 17 games in all competitions as they seek a Premier League-Champions League double.

“We have been together for a while, we needed to be more mature,” Klopp said.

“The boys made their own experience in this competition, especially last year. It’s the second time in a row we are in the semis.

“That says something, it’s a big statement for the club. OK we play Barca, maybe it’s not too easy,” the German added with a smile.

Liverpool certainly made it look easy in the second half against Porto after a tough opening 25 minutes.

Yet after Sadio Mane latched onto a Mohamed Salah ball to open the scoring following a VAR review, Liverpool were in charge and never lost their composure.

“I was thinking it’s offside, to be honest. And I told the boys ‘keep going, keep going’ and they say ‘no, you have to wait because it’s a goal’,” the Senegalese said.

“I was surprised. It was an important goal but the main point today was to qualify for the semis.”

Klopp said they were expecting the early Porto onslaught.

“It was very, very difficult. We knew that before, that it will be a proper whirlwind here and that’s what they did,” Klopp said.

“We know these games in the Champions league, they (Porto) are a completely different animal in home games. And it was clear that we had to be ready for that,” he added.

“In a deep defending situation we were ready for that, we couldn’t put proper pressure on them in their build-up. A little bit disorganisation, but it’s all good.