Spurs midfielder Christian Eriksen, who gave the ball away in the build-up to Sterling’s disallowed goal, did not disguise his relief. 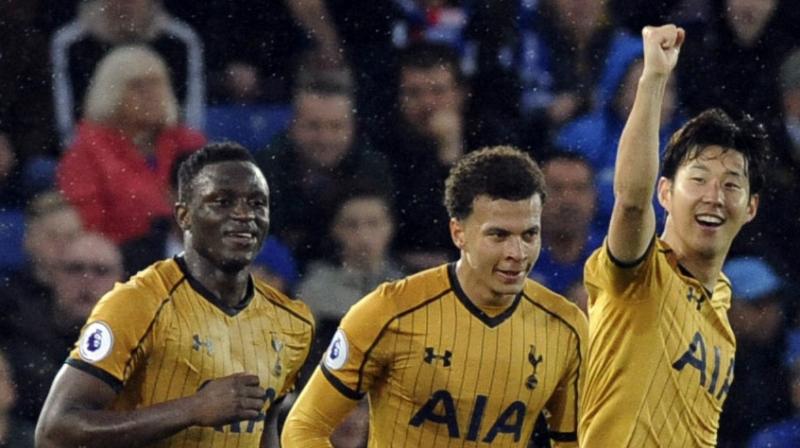 Spurs midfielder Christian Eriksen, who gave the ball away in the build-up to Sterling’s disallowed goal, did not disguise his relief. (Photo: AP)

Manchester: Tottenham Hotspur manager Mauricio Pochettino hailed his team as “heroes” after Wednesday’s astonishing Champions League quarter-final with Manchester City ended in an away goals win for his team after ending 4-4 on aggregate.

The 4-3 win on the night for Manchester City was so nearly 5-3 — and progress to the last four for City — but Raheem Sterling’s stoppage time effort was ruled out by a VAR review which correctly spotted Sergio Aguero off-side.

“It was unbelievable - the way it finished,” said Pochettino.

Pochettino said he had gone through a wild mix of emotions during the final moments as four words flashed up on the big screen - “No goal, VAR, offiside” - confirmed that Sterling’s goal had been over-turned.

“In a moment many things happened in your head, the disappointment was massive but they changed the decision,” he added.

“That is why we love football. Today we showed great character and great personality it was an unbelievable game.”

Spurs midfielder Christian Eriksen, who gave the ball away in the build-up to Sterling’s disallowed goal, did not disguise his relief.

“I must be one of the luckiest guys on the planet tonight. I thought it was all over but it was a fun game. It was a rollercoaster, we gave them a lot but also got a lot. It was a weird game,” he said.

Tottenham’s South Korean forward Son Heung-min, whose two strikes were part of the four goals scored in the opening 11 minutes, said it was an unforgettable game.

“I have never seen something like this. It was tough and crazy but we are very proud of our team mates. It was madness,” he said.

“Sometimes you are annoyed with VAR but today it is thank you. We fought together for 90 minutes. We showed unbelievable character and fight.”