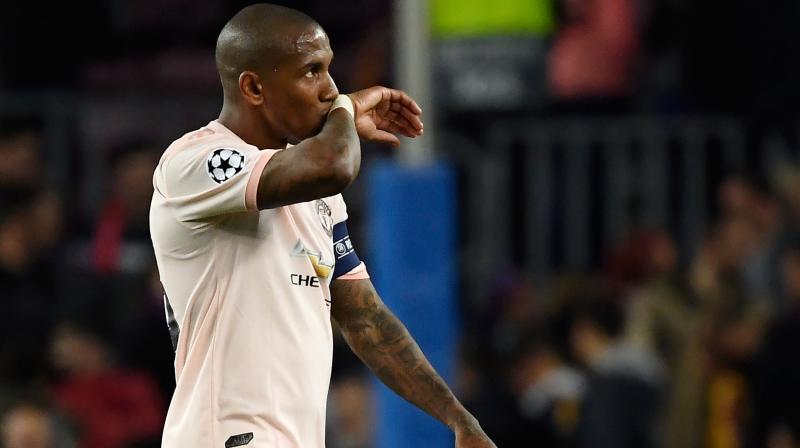 Manchester United said on Wednesday they are investigating the racist abuse directed at defender Ashley Young on social media after the club’s Champions League quarter-final exit in Barcelona.

England international Young was targeted on Twitter after the 33-year-old full back endured a disappointing night in United’s 3-0 second-leg defeat by Barcelona on Tuesday.

“We are working to identify individuals involved and we will take the strongest possible action we can against them.

“There is no place for racism within our game, or in society as a whole, and we are committed to working to make football free from all forms of discrimination.”

British anti-discriminatory body Kick It Out has demanded Twitter to do more to tackle racism after a string of recent incidents on the online platform, including abuse aimed at Manchester City’s Raheem Sterling and Liverpool’s Mohamed Salah.

“Yet another black player, this time Ashley Young, is targeted with racist abuse on social media after tonight’s Champions League game,” Kick It Out tweeted.

“Again, we’re left asking Twitter the same question - when will you take serious action to tackle the rampant discrimination on your platform?”