The Central Americans lined up with a team of journeymen featuring five thirty-somethings. 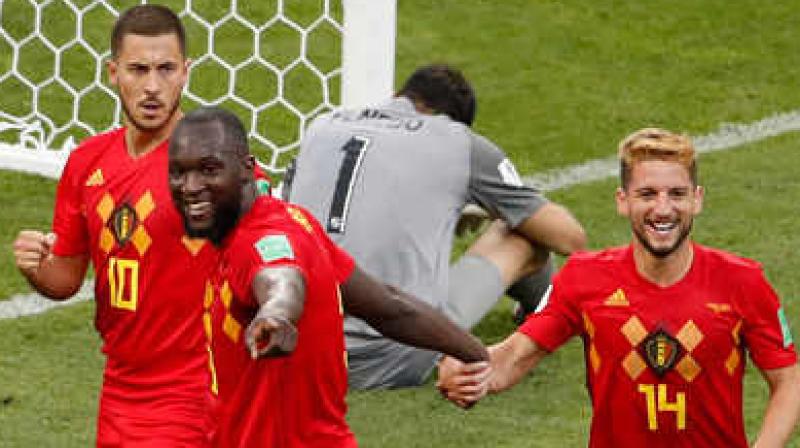 Sochi: Romelu Lukaku netted a brace as a much-improved second-half performance gave Belgium an ultimately comfortable 3-0 victory over tournament debutants Panama in their World Cup opener in Sochi on Monday.

A moment of inspiration from Dries Mertens set the Belgians on their way two minutes after the break, his volley breaking the deadlock after a rather flat first period.

Lukaku then converted assists from Kevin De Bruyne and captain Eden Hazard to secure victory in this Group G clash, with the Central Americans succumbing to a defeat in their first-ever match at the finals.

Group rivals England will look to respond to Belgium’s win when they kick off their campaign against Tunisia but this was not entirely the statement of intent that Roberto Martinez’s side would have been hoping to make.

A victory will do for a team who are, on paper at least, good enough to go far in Russia, especially after heavyweights Germany, Brazil and Argentina all slipped up over the weekend.

Belgium are now unbeaten in 20 matches, although the nature of the first-half performance against weak opposition showed that Martinez’s men still have significant progress to make if they are to improve on quarter-final appearances at the last two major tournaments.

To be fair to Martinez, the Spaniard had warned on the eve of this game that his side would not have it easy.

The Central Americans lined up with a team of journeymen featuring five thirty-somethings.