‘Frustrating for our name crop up in Fifa scandal’ 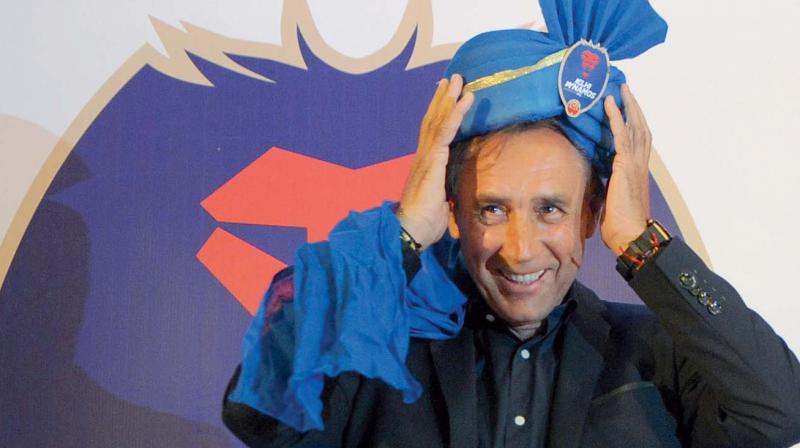 Funded by the Qatar government, the academy came into existence in 2003, building an ultra-modern sports complex in the capital for its athletes to prepare for the global stage.

According to a Fifa investigation, bid officials “pulled Aspire into the orbit of the bid in significant ways”.

Bravo, initially hesitant to speak on the issue owing to its sensitive nature, reluctantly said that he believed Aspire’s name getting involved was unreal.

“It is unreal and frustrating. Fact is we tried to put up a football project. That is all there is to it. It is also not the stage to speak on this context,” Bravo told this paper, before gesticulating that his lips were sealed, on the sidelines of Dynamos unveiling their new coach Spain’s Miguel Angel Portugal.

He also chose to be non-committal when asked whether Qatar would be able to host the World Cup in five years time, in the light of a continuing strife with six neighbouring Arab countries that have reportedly written to Fifa demanding the country be stripped of hosting rights.

“Aspire’s goal is to develop football players on worldwide. Educating them giving them training, being the focal point of developing players on an international scale,” Bravo added.

“In the process we want to develop footballers for Qatar’s national team, who will provide the backbone for the 2022 squad.”

Anil Sharma, whose US-based company GMS Inc., took over majority ownership of Dynamos from cable company Den Networks, said they had nothing to do with Aspire’s controversy and were only concerned with the gains they would achieve in their multi-year partnership with them.

“Hope it is all clean. We looked at our benefits to tie up with Aspire. Collaborating with Aspire is a big step forward for us,” Sharma told this paper.

“It is a big thing for Qatar to host the World Cup. I can’t speak on the controversy.”

Asked if they would continue their partnership with Aspire if new evidence of their misconduct during the bidding process surfaces, Sharma said: “In any partnership, one has to be careful. We have taken due diligence to collaborate with Aspire. We will evaluate the situation when a new situation arises.”

New coach Miguel, whose introduction to Dynamos was facilitated by Aspire, takes over from Italy’s Gianluca Zambrotta on a one-year contract with the aim of winning the tournament.

“It is a great opportunity to be a part of a growing football nation,” the 61-year-old said, with the help of translator, adding his team would focus on dominating ball possession.

Dynamos have opted not to retain any player in their squad and will be looking to recruit players from the July 23 draft.

CEO Ashish Shah, formerly of Chennaiyin FC, said they were reviewing all possibilities in their groundwork for the draft, and are also looking at options to finalise their home ground and pre-season training program.