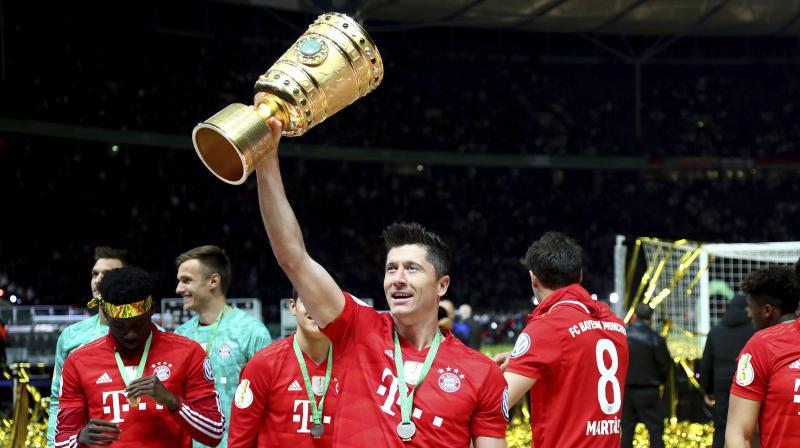 The club has already signed Lucas Hernandez and Benjamin Pavard. Lewandowski said that they can be successful with the help of the duo. (Photo: AP)

Leeds: It will be difficult for his club to win the Champions League (CL) without new signings, says Bayern Munich's Robert Lewandowski.

"We have to wait for more transfers to come in. It is difficult to win the Champions League without new signings," Goal.com quoted Lewandowski as saying.

Lewandowski added: "To play at that top level, you need certain qualities and a strong team to be competitive. We haven't really done a big transfer in the past two years."

"We need new signings. Everyone knows it's not optimal that we have so few players in the first team right now," he added.

The club has already signed Lucas Hernandez and Benjamin Pavard. Lewandowski said that they can be successful with the help of the duo.

"Players like Hernandez and Benjamin Pavard can only help us. They are versatile, both world champions and ready to play at the top level at Bayern and we can be successful with them," he said.