BFC buff Aaditya Narayan opines that this season is going to be exciting as BFC has always taken pride in being top performers. 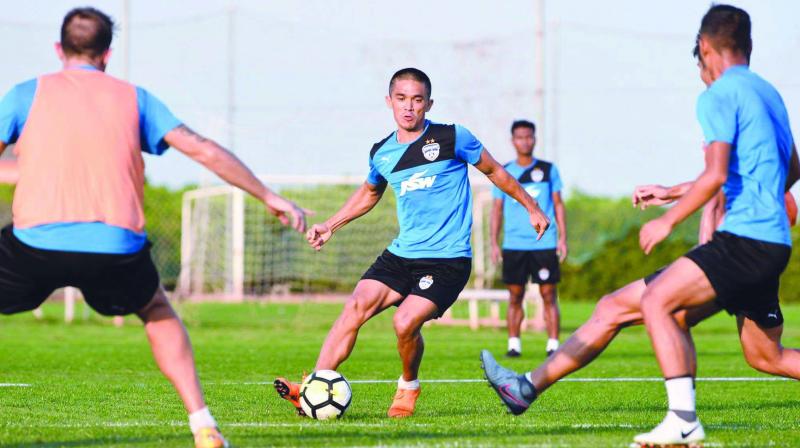 The much-awaited football season begins on August 22. Bengaluru Football Club is the only Indian team to have qualified for the fourth time in the knockout stage. Kudos to the boys!

Bengaluru FC is kicking off its competitive season on August 22 as they take on Turkmenistan’s Altyn Asyr FK in a two-legged Inter-Zone semifinal of the AFC Cup. With BFC being the only Indian team to have its fourth consecutive appearance in the AFC Cup knockout stages, this tournament is all the more special for the squad and its fans.

BFC buff Aaditya Narayan opines that this season is going to be exciting as BFC has always taken pride in being top performers. “It’s about continental glory and about representing the country on the continental stage. Before BFC came along, the tournament was sidelined by a lot of Indian clubs as an unnecessary distraction, but we’ve come in and fully changed the dynamics to a point where other clubs now want to be a part of this tournament for reasons other than just the money it brings. For us fans, it’s special because this tournament brought us probably the greatest night the Kanteerava Stadium has ever seen, in the 2016 semifinal. So, there will always be fond memories of the AFC Cup and hopefully a lot more to come in this year’s knockout stages,” Aaditya opined.

Things couldn’t get bigger for BFC aficionados as the squad is playing the highest level in AFC with an all-new coach, Carles Cuadrat. “This will give us all our goosebumps! While the position of coach may be new but Carles ‘set-piece’ Cuadrat is not new to the footballing philosophy that BFC believes in and I think we are right where we want to be. While Premier League may have started, nothing is as exciting as screaming your heart and lungs out for your local club that puts in everything they have to showcase for their fans. Come August 22, we will give everything we have for the match,” says software engineer Gopal Krishna. 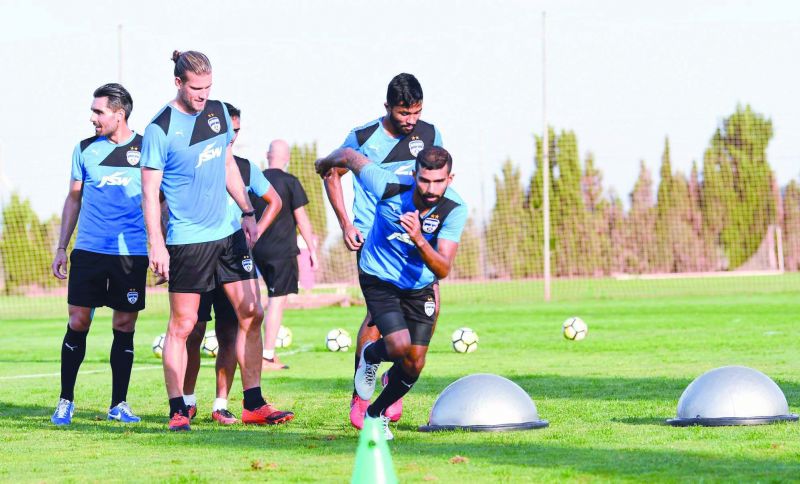 Members of BFC busy in training

He adds that there hasn’t been a better team nor does he think there will be a team who has established their name with as much pride and dignity in Asia and abroad as much as Bengaluru FC has. “BFC has been the sole Indian flag bearer in the AFC circuit representing India consecutively four successive times out of which we have reached that semi-finals twice. At the same time, it’s also sad that we would not be in the AFC this season as we didn’t win the ISL. That being said, I think the hunger for it will be channelled with our upcoming AFC semi-finals and our prime focus would be on winning the games one at a time,” he shares.

For West Block Blue Rohit S, who’s all set to cheer for the team in Kanteerava on August 22, it’s going to be an exhilarating season. “I can’t wait to cheer for BFC live. My friends and I are going to watch the game together. In fact, some of them are fans who will be watching their first BFC game live. We’re hoping for a memorable win against Altyn Asyr. It’s going to be epic,” he exclaims.