Euro 2020 Qualifiers: France will not take anything for granted, insists Deschamps

The world champions were drawn in Group H with Moldova, Iceland, whom they face next Monday. 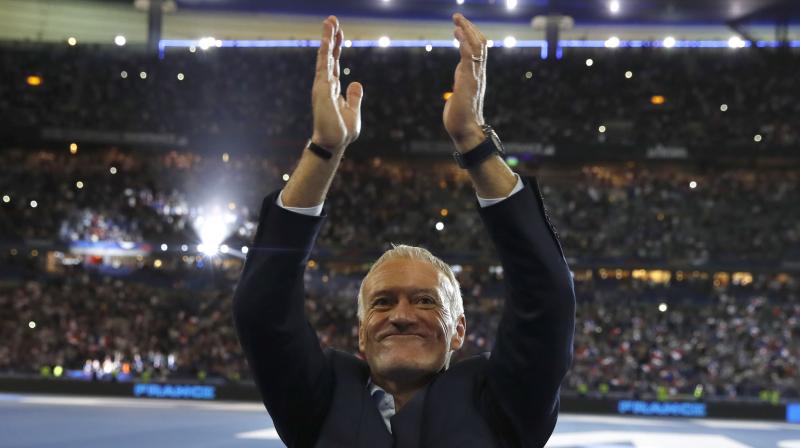 Paris: France might have been drawn in a supposedly easy Euro 2020 qualifying group, but coach Didier Deschamps insisted they will take nothing for granted when they start their campaign against Moldova on Friday.

The world champions were drawn in Group H with Moldova, Iceland, whom they face next Monday, Albania, Turkey and Andorra.

Les Bleus are likely to face very defence-minded sides as they are the overwhelming favourites to top the group.

“They will likely sit back, even if they can attack. We will have very little space, we have already faced that kind of opposition,” Deschamps, who led France to the 2016 European championship final and to the world title in Russia last year, added.

“We will have to be precise and lively. But it is never simple and we know it. We know what to expect. It’s not the ideal game for us.”

After their trip to Chisinau, France will take on Iceland at the Stade de France on Monday.

With most of the players having been involved in domestic duties on Sunday, Deschamps has little time to prepare.

“We are used to it. Today and tomorrow will be for recuperation mostly and then we will have two days to get ready,” he said.