Australia's Justin Langer reveals how he almost retired in 2001

Recalled for the fifth and final Test aganist England and asked to open the batting with Matthew Hayden, Langer turned his career around 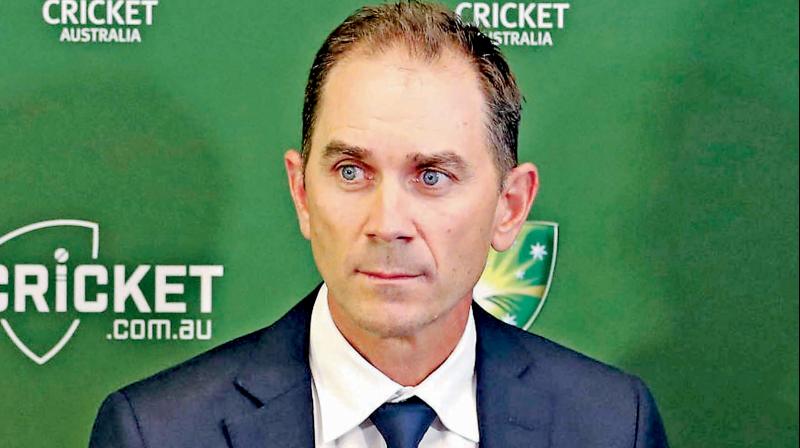 Mumbai: Justin Langer wanted to return home midway through Australia’s Ashes tour of England in 2001 and announce his retirement after being dropped from the side due to poor form, the current national team head coach has revealed.

The left-hander, who used to bat at the number three position, was short of runs and found himself out of the side before the start of the opening Test against the arch-rivals.

He was recalled for the fifth and final Test and asked to open the batting with fellow left-hander Matthew Hayden for the first time -- the start of one of the most successful opening partnerships in the history of the game.

“Literally, the week before I opened for the first time with Haydos, I told all my family I’m getting on a plane and leaving (and) I’m going home,” Langer told the ABC’s One Plus One programme this week.

“I couldn’t make a run, I thought I’d failed (and) I’d never play for Australia again. I’d been dropped at the start of the series when I thought I was going to play. My wife had flown over because I was going to retire the week before.

“I was so down in the dumps ... and out of nowhere, (captain) Steve Waugh rings me and says; ‘you’re going to open the batting tomorrow’.”

Langer went on to score an unbeaten 102 at The Oval -- the first of his 16 centuries as an opener.

It proved to be the turning point of the career for Langer, who scored 7,696 runs from 105 tests, including 23 hundreds.

“It was another great lesson,” he said. “If you just hang in there, you never know what’s around the corner.”