In case of failed negotiations, club captain Neuer could be free to leave Bayern in June and attract the interest of Premier League clubs 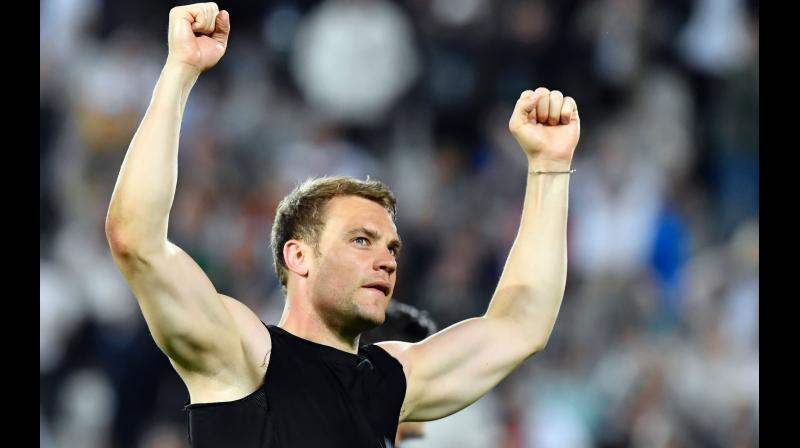 Berlin: Bayern Munich captain and goalkeeper Manuel Neuer told German media Sunday he has become "irritated" with negotiations to extend his contract, which have reportedly stalled in recent weeks.

"All talks I have had since I have been here have been confidential... nothing has ever leaked," the 34-year-old told Germany's most popular daily Bild.

"But now, details about the current talks are constantly appearing in the media, and are often untrue. That irritates me. It's not something I am used to at Bayern."

The veteran goalkeeper's unusually candid comments come amid widespread reports that his current contract negotiations have hit the rocks.

If the talks fail, club captain Neuer could be free to leave Bayern in June and attract the interest of the Premier League clubs.

According to Bild, Neuer and his agent Frank Kroth are demanding a five-year deal, with a salary of 20 million euros ($22 million) per season.

In Sunday's interview, Kroth denied such details and said he was not "confronting the club with demands which will hit it hard in the coronavirus crisis".

With Bundesliga matches currently suspended due to the coronavirus, Bayern have recently extended the contracts of forward Thomas Mueller and head coach Hansi Flick, both until 2023.

Neuer hailed Flick as a "super coach" and said that the 55-year-old's extension had convinced him too to stay on at Bayern.

"I want to have a contract which is a win-win situation for me and Bayern. I want to perform, be there for the team... and give 100 percent," he said.

"The conditions have to be right (for that)," he added.

Neuer, who helped Germany win the 2014 World Cup title, has been named world goalkeeper of the year four times.

Undisputed number one for nearly a decade, Neuer's future at Bayern has been thrown into doubt by the impending arrival of young Schalke goalkeeper Alexander Nuebel.

Nuebel, 23, will join Bayern at the end of the current campaign, and has reportedly been promised at least 10 appearances per season.

Yet Neuer dismissed the idea that his number one jersey was under threat. "As long as I am performing, I will play. That is my assumption," he told Bild.