Sports   Football  19 Apr 2020  When Sunil Chhetri was told by Lisbon coach he was not good enough
Sports, Football

Chhetri was rejected in England, USA and Portugal, but did not give up only to find himself in a league of his own today 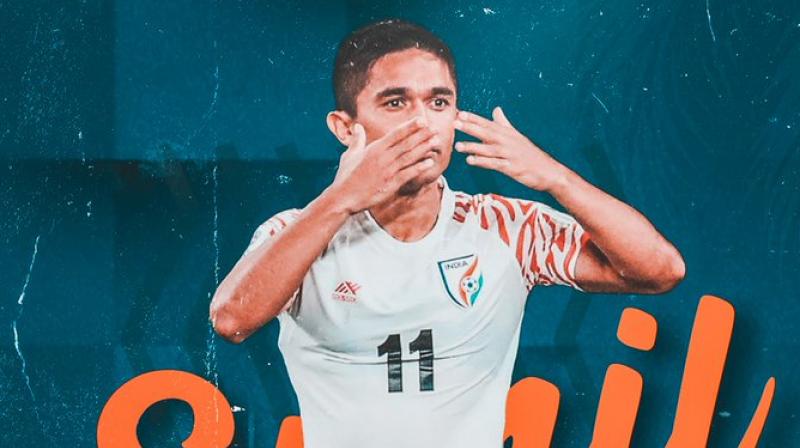 New Delhi: India’s celebrated footballer Sunil Chhetri came a cropper when he explored leagues abroad, but to his credit he realized quite early that he was not fit to play in those competitive leagues and caught the return flight home.

Chhetri went to Sporting Lisbon in the Portuguese League on a three-year contract in 2012. After a week he was told by the head coach of the side “You are not good enough for first team, go to B team."

Chhetri, a 26-year-old then, didn’t feel bad. “He was right. The pace in Sporting Lisbon A team was too fast for me (compared to) when I was playing in Indian leagues," Chhetri was quoted as saying by the indiansuperleague.com.

"I gave a shot for nine months with the B team, played five games, scoring zero goals. I decided to return home.

“There was a 4 or 5 million release clause. I was to be there for three years or pay that money to leave. I told the coach I want to go back to India and nobody is going to pay this amount, just release me. They were really nice," said Chhetri, now 35.

Chhetri's first foreign stint was, however, with Kansas City Wizards of United States in 2010. That stint too was disappointing and he returned home within one year after playing just one game for the first team. He did not play any MLS game.

"I played 6-7 friendly games, scored two hat-tricks and a brace and thought 'I am going to start'. But we used to play 4-2-3-1 with a lone striker and (Kei) Kamara used to get to get that striker’s slot. He was a big African lad and he was always chosen before me. So, I did not get the chance in first 4-5 games. I was sad, I was not used to sitting on the bench.

"Then I had a lovely pre-season where I scored 14 goals in 7 games. I thought I am going to start. But it did not happen for five games and I just started deteriorating. It was more mental than physical," said Chhetri who is the second- best scorer in international matches from among active players with 72 goals.

Then India head coach Bob Houghton called Chhetri to join the national team for the 2011 Asian Cup in Doha. He came back to India and did not return to Kansas.

Before Kansas City stint, Chhetri signed a deal with English side Queen Park Rangers in 2009 but the Football Association did not allow him the work permit as India's ranking was low. Chhetri was disappointed but he moved on.

Asked what legacy he will leave behind after retirement, Chhetri said, "If anyone remembers me, it's about my hard work. When it is time for me to go and somebody else comes, I hope he comes because he is better than me, not because I did not work hard.

"When I was growing up, I was always the talented boy, the skillful one. But that leads you to nowhere. All of you who are skillful if you think that is enough, it's not, not anymore. It is so fast growing, so competitive, so physical and so tactical, you have to work hard, you have to be the most hardworking guy."

Chhetri also said he was shocked when he was offered a three-year contract by Kolkata giants Mohun Bagan in 2002, his first professional deal, that too by the biggest team in the country. Mohun Bagan then had the likes of Jose Ramirez Barreto, Bhaichung Bhutia and Renedy Singh.

"After the Class 12 exam results, I got a call from Mohun Bagan. They saw me at Durand Cup playing for City Club of Delhi. I thought they might want me for SAIL Academy. Never ever I thought Mohun Bagan would call me.

"I joined the team and trained. They did not tell me they were taking a trial. After one week they told me 'call your father'. I was 17 and I can't sign a contract and there were no agents then. My father came but still I had no clue. Next day, they called me and my father and said 'here is your three-year contract."