Eriksen said he wanted to take on a new challenge in July and can enter negotiations for a free transfer with foreign clubs from Jan. 1. 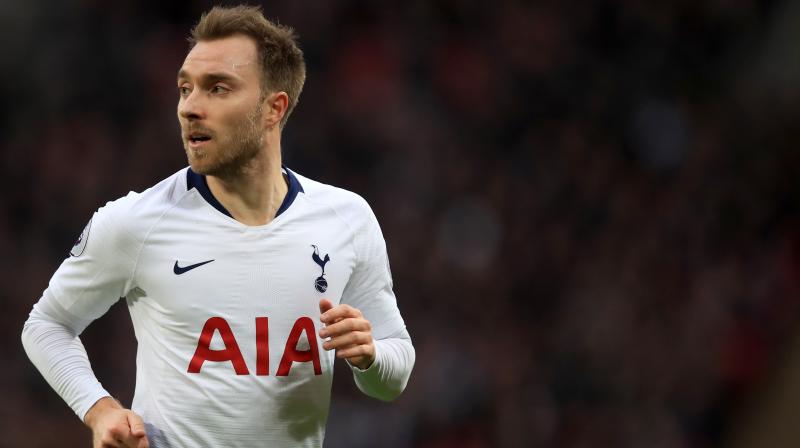 Tottenham Hotspur chairman Daniel Levy said the club are not scared to sell playmaker Christian Eriksen to a Premier League rival in the January transfer window.

Eriksen, who is out of contract at the end of the season, said he wanted to take on a new challenge in July and can enter negotiations for a free transfer with foreign clubs from Jan. 1.

Yet Levy said he is willing to listen to offers for the Danish midfielder next month to avoid losing him for free at the end of the campaign, with Manchester United reported by British media to be among his domestic suitors.

“We are honestly not scared to trade with our rivals,” Levy told the Evening Standard.

“My view is really simple. For a player to sign a new contract, not only have the conditions got to be right but the player has got to want to do it.

“It is up to those players whether they want to stay at Tottenham and we’ll see.”

Long-serving defenders Toby Alderweireld and Jan Vertonghen are also in the final year of their contracts.

Both players have been regular starters since Jose Mourinho replaced Mauricio Pochettino as Tottenham manager last month but Eriksen has started only one of the Portuguese’s seven games in charge.

“I don’t want to comment on ­individual players too much,” Levy added. “Every circumstance is different.”

Although Mourinho has insisted that he would not look to spend on new players mid-season, Spurs have been linked with several strikers to share the goalscoring burden with Harry Kane.

Levy said the club will continue to operate on a lower budget than his league rivals, and ruled out any recruitment in the January window.

“Jose is on record as saying what we need now is to get the players playing better, which is what they are doing,” Levy added.

“There is an amount we have allocated to spend each year in terms of net investment in the team. If you compare us to certain other clubs, they will have more money to spend. It doesn’t frighten us.”

Spurs, fifth in the league, host fourth-placed Chelsea on Sunday.