Manchester United and Tottenham Hotspur avoided upsets to reach the quarterfinals of the FA Cup. 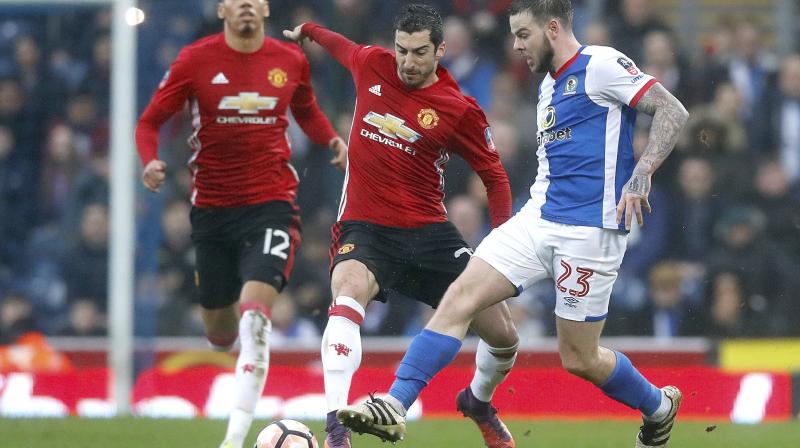 London: Lincoln City boss Danny Cowley hailed his giantkillers for bringing the "magic" back to the FA Cup on Saturday but, 24 hours later, Tottenham and Manchester United restored order to the competition.

But Pochettino was keen to end a tough week with a win following defeats to Liverpool and Belgian side Gent in the Europa League so he fielded almost a full strength side and was rewarded by a Harry Kane hat-trick in a 3-0 victory over Fulham.

Spurs will host Millwall in the quarterfinals but will be wary of the 2004 FA Cup finalists who have claimed three Premier League scalps this season already.

Mourinho, whose side beat St Etienne 3-0 in their Europa League clash last Thursday, made several changes to his line-up. Unlike Leicester counterpart Claudio Ranieri, who made 10, it didn't backfire as United came from 1-0 down to beat Blackburn 2-1 although Mourinho had to call on veteran Swedish striker Zlatan Ibrahimovic to come off the bench to seal victory.

"You need to make as few mistakes as possible, every game in the FA Cup is like a final, there are so many results not going to the favourites. We respect everyone," said Ibrahimovic.

Mourinho, who will relish the chance to put one over his former employers when United travel to Chelsea for the quarter-finals, said he was fortunate his players had shown the right attitude otherwise they might also be out.

"Their approach was brave, strong. They had real competitors and if we didn't have the right attitude from everybody we would be in real trouble," said Mourinho.

United's neighbours Manchester City face a troublesome replay - and an unwanted extra fixture as they battle to claw back the eight-point deficit to league leaders Chelsea - after a goalless draw with Huddersfield of the Championship. The winners will travel to Middlesbrough.

Lincoln's fellow non-league side Sutton will be hoping to round off a weekend of shocks on Monday against an Arsenal side still reeling from the 5-1 reverse they suffered at the hands of Bayern Munich in the Champions League.