From football villain to virus hero, a huge 'Hopp' for German billionaire Dietmar

In three months, Hopp turns his image around to gain public appreciation, but will it last? 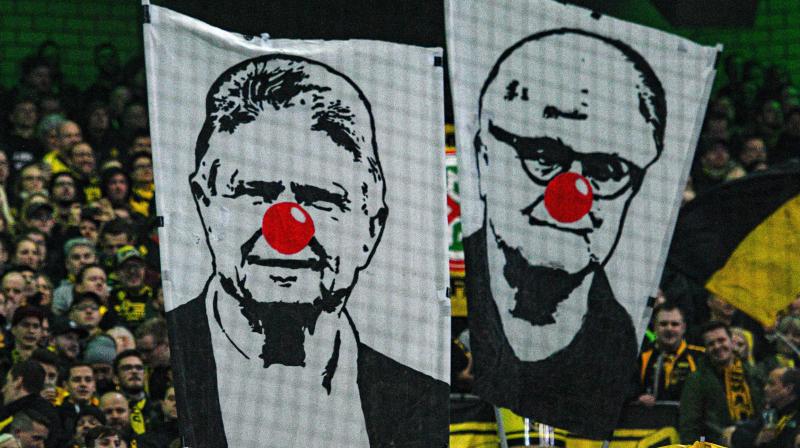 Berlin: Long despised by German fans as the face of big-money football, billionaire Dietmar Hopp is now being held up by some as a national hero in the coronavirus crisis.

Three weeks ago, the 79-year-old owner of the Hoffenheim club was the subject of nationwide protests in Germany's football stadiums, with fans calling him a "son of a b***h" and holding up pictures of his face in crosshairs.

This week, Hopp raised hopes of a vaccine for the COVID-19 disease, suggesting a company he owns could develop one as soon as the autumn.

Ranked by Forbes as the eighth richest person in Germany, Hopp made his fortune with SAP, the software company he co-founded in 1972.

Decades later, he used his wealth to propel Hoffenheim, based near Sinsheim in southwestern Germany, from amateur league anonymity to the top-flight Bundesliga and a place among Europe's elite in the Champions League.

That made him a hate figure for football fans across the country. For Germany's "ultras", Hopp is a symbol for how wealthy investors hold too much power in football.

A decision by the German Football Association to ban Borussia Dortmund fans from Hoffenheim for two years prompted a flood of protests last month, with fans across the country accusing football authorities of pandering to Hopp's personal wishes.

Supporters of clubs such as Bayern Munich, Borussia Moenchengladbach and Union Berlin held up banners insulting Hopp and the DFB, leading in some cases to games being suspended.

Three weeks on, the Bundesliga has been suspended due to the coronavirus crisis, but Hopp remains firmly in the headlines.

He is now being heralded as a hero in some quarters, after it emerged that one of his companies, biotech firm CureVac, is working on a vaccine for COVID-19.

CureVac's research, meanwhile, was at the centre of a diplomatic row last weekend.

According to a report in Welt newspaper on Sunday, US President Donald Trump offered the company up to a billion dollars to secure exclusive rights to the vaccine research for the United States. CureVac denied the report, while Hopp said such a deal "would not be an option".

"It's obvious for me that it can't be the case that a German company develops a vaccine which is then used exclusively in the US," he told Sport1.

The firm response earned him praise both in the media and among leading German politicians.

Football fans, though, remain largely unmoved by Hopp's comments on the vaccine, which he says should be for "people across the world".

They may be more impressed by his promises to support smaller clubs which face financial problems due to the suspended football season.

While Borussia Dortmund CEO Hans-Joachim Watzke controversially ruled out financial aid this week, Hopp took the opposite position, calling for a "solidarity fund" for smaller clubs.

"The strong must help the weak," he said.