Matthaeus can’t believe Neuer is not appreciated at Bayern Munich 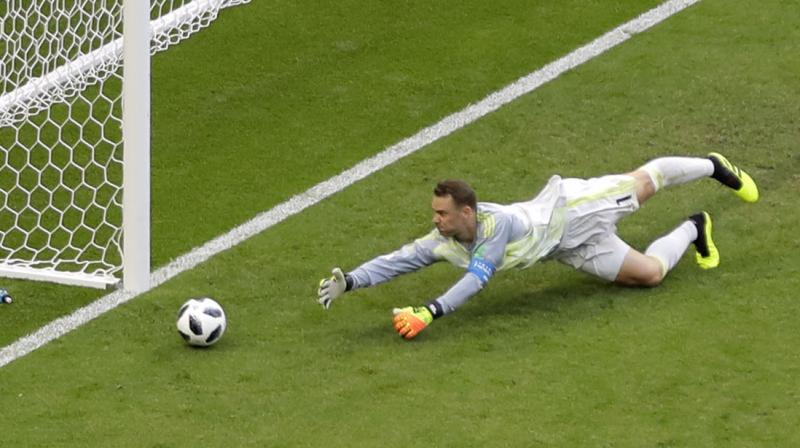 "It seems out of place for me that Manuel Neuer is not appreciated at FC Bayern," former Germany and Bayern captain Matthaeus told Sky Sport News.

The 59-year-old former midfielder advised his old club to "sit down at the same table" for clear-the-air talks with the disgruntled Neuer.

"It's a matter of 10 minutes. I don't understand it," said Matthaeus.

Neuer's current deal expires in 2021 and if the talks fail, the Germany captain could attract strong interest from Premier League clubs.

Neuer, 34, gave an explosive interview to Bild at the weekend admitting he was "irritated" about the leaked details of the extension talks.

"Details about the current talks are constantly appearing in the media," fumed Neuer.

"That irritates me. It's not something I am used to at Bayern." Since joining from Schalke in 2011, Neuer has made 373 appearances and kept 191 clean sheets for the Bavarian giants.

However, talks have between his agent Thomas Kroth and Bayern have reportedly stalled over a demand for an annual salary of 20 million euros ($22 million).

Neuer was not present when Kroth is said to have met Bayern's sports director Hasan Salihamidzic and board member Oliver Kahn.

With Bundesliga matches suspended due to the coronavirus, Bayern recently extended the contracts of forward Thomas Mueller and head coach Hansi Flick, both until 2023.

Nuebel, 23, has reportedly been promised at least 10 appearances per season, but Neuer has said he will not give up the number one jersey easily.

"As long as I am performing, I will play. That is my assumption," he told Bild.