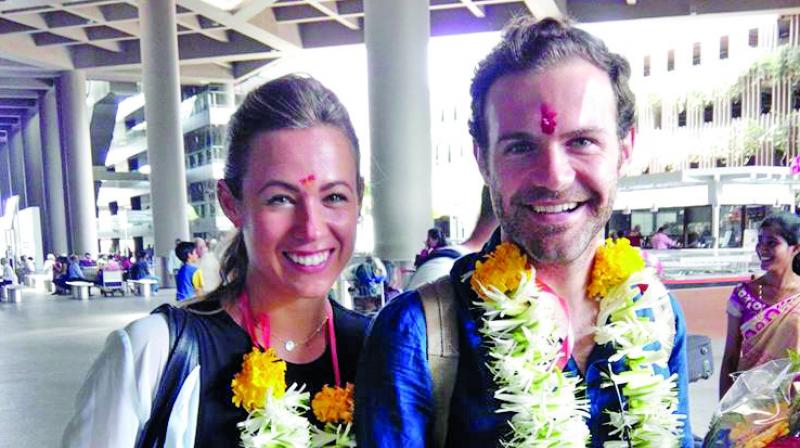 On Monday a photo of him circulated on social media saying he is in Mumbai.

Manchester United's star Juan Mata has reportedly made a surprise appearance in Mumbai for a personal visit. He's accompanied by his girlfriend, Evelina Kamph.

The attacking midfielder, who also plays for Spain is on holidays during the summer break, and has already spend a good amount of time vacationing in Greece. And now, the prolific footballer has apparently set foot in Mumbai.

On Monday, a photo of him circulated on social media, announcing that he had landed in Mumbai for a few days. However, there had been no confirmation of the same, at the time of going to print.

The photo obviously sent Manchester fans into a frenzy, with enquiries of his visit to India being made, and many expressing their wish to meet the star.

Despite a good season, Juan underwent groin surgery over the March international break and took a month to recover, making a long-awaited return for the 1-1 draw against Swansea City on April 30.