Gaikwad has fight in his blood

The Kalina-lad had his homecoming this season in the Indian Super League (ISL), after he was drafted to MCFC. 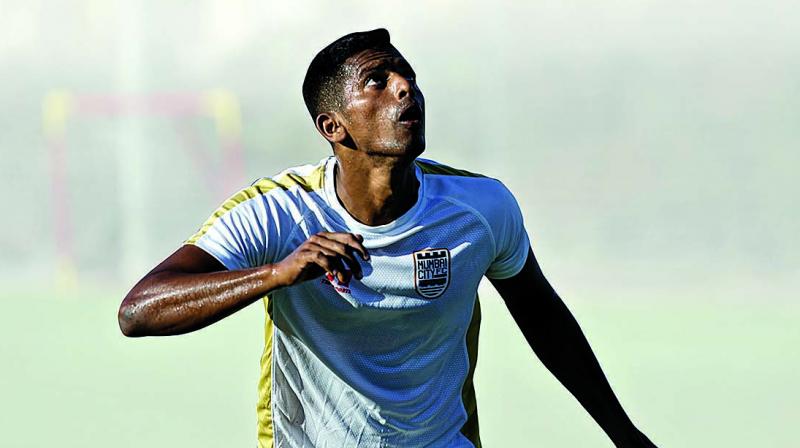 MCFC signed him on-loan for one season. Gaikwad felt like he passed a test.

Spending most of his childhood days around the boxing ring, Mumbai City FC (MCFC) defender Raju Gaikwad was not allowed to cross the ropes and get inside the arena. His father, who pursued boxing professionally, never let his sons. They did turn out to be fine footballers, though.

The Kalina-lad had his homecoming this season in the Indian Super League (ISL),  after he was drafted to MCFC. Born and raised here, Gaikwad honed his skills in the East. He moved to Kolkata in 2010, after training with TATA Football Academy in Jamshedpur and made his professional debut at the age of 20 with Kolkata-based club Pailan Arrows FC (now called Indian Arrows FC) the same year.

Staying away from family for five years, in totally different surroundings, is never straightforward. The centre-back had spent a significant period of time in Kolkata playing for the top-flight I-league team East Bengal FC, until his return to Mumbai in 2014.

MCFC signed him on-loan for one season. Gaikwad felt like he passed a test. “Staying away from home, in a completely different city, was very challenging. Even though it was a really short period of time (loan period) after I came back, knowing I could stay at home when the season is on, felt like I completed a really difficult test,” says Gaikwad, proudly. “Now I am back and we will catch up,” he adds.

Currently, he is enjoying good playtime with MCFC. With this, he is keen on making a comeback in the national squad, which will not be a fairytale ride. Sandesh Jhingan, who is national coach Stephen Constantine's favourite, and Anas Edathodika, are the men who guard the defence for India. “I am trying my best to return and probably if I perform well this season, I might get a chance,” states Raju.

MCFC coach Alexandre Guimaraes prefers to keep Raju in the playing eleven, which was made clear in the pre-season tour, when the team travelled to Spain. He featured in the draw against La Liga team Levante UD. “We played a few local teams and also drew with Levante. I think that the players in Spain were highly skilled even in the lower division teams,” he asserts.

The Ranbir Kapoor owned team stands at the fifth position in the points table after a 1-0 loss to defending champions Atletico de Kolkata on Sunday. The team has conceded seven goals in six games. Raju who sits in the heart of defence will be eager to make sure that this tally does not go north in the coming games.