“Me coming here is to play as well to teach young players the way I see football,” said the Bulgarian. 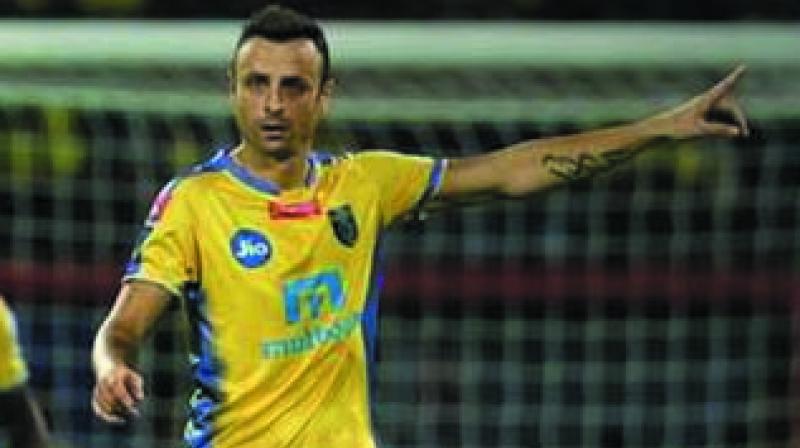 Kochi: One day at Manchester United, Dimitar Berbatov walked into the gym and saw Ryan Giggs doing some strange exercises. For a while he observed the Old Trafford legend, who explained that it made him “feel good and play more”.

The fact that Giggs, almost 40 then, was still a Premier League footballer convinced the Bulgarian striker to try yoga and he has made it a routine ever since.

Six years on, Berbatov, now turning out for Kerala Blasters in the Indian Super League is kicking a football with grace and conviction, not much diminished from his glory days in Europe. He’ll turn 37 in January.

His attention to detail, like being intrigued by the Welsh veteran’s fitness regime and later incorporating it in his own lifestyle, is something Berbatov wants young footballers to emulate and sees that a part of his mission in India.

“Me coming here is to play as well to teach young players the way I see football,” said the Bulgarian.

“It is not even in the game or training, it is the way I carry myself off the pitch; what I eat, how I prepare for a game, when I go to sleep. Small things like these, when you pay attention you can see that they are very important if you want to be a good player.”

The seven-time Bulgarian footballer of the year, who won two Premiership titles with Manchester United, laments never having played with Spanish World Cup winner Andres Iniesta, whom he considers the best.

“I say I liked Iniesta even more than Messi or Ronaldo because he creates for his teammates and he doesn’t want the spotlight.”

Berbatov believes Pep Guardiola’s Manchester City are playing “fantastic football” but unlike former teammate Wayne Rooney he has refused to compare it with other great teams, including the double winning Manchester United that he joined in 2008.

“Times are different now. Even if it is one year from now it is going to be different. Football is always improving. New faces coming around, young players who want to impress, coaches with new ideas. But in Man U we had a great team with great players and I think we were one of the greatest teams then. Now at the moment Man City are playing fantastic football.”