'I will 1,000 percent be at Juventus next season': Cristiano Ronaldo

Ronaldo has managed to score 19 goals and 8 assists in Seria A, putting him in the race of leading goal scorers and assist providers. 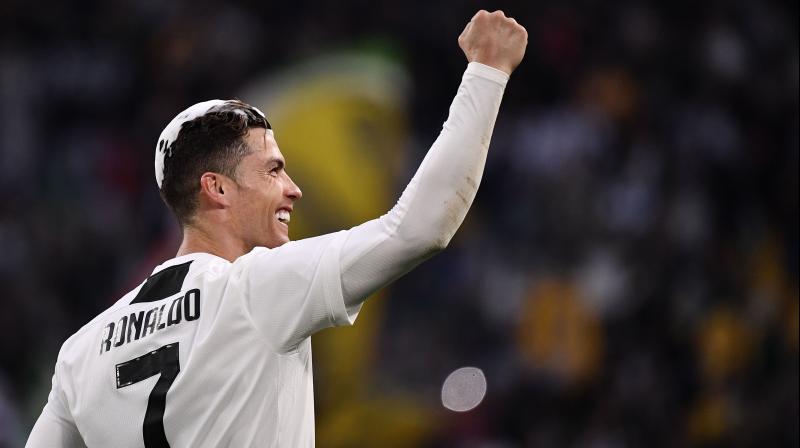 Juventus have already won the league with five games to spare, and Ronaldo certainly would be eager to face Inter Milan and Torino in the upcoming weeks. (Photo: AFP)

Juventus won the Seria A title for the eight consecutive times as they defeated Florentina 2-1 yesterday.

As per an article by Sportskeeda, Juventus superstar Cristiano Ronaldo has reflected on his first season with Juventus and has confirmed that he is going to stay at the club for the next season too.

Cristiano Ronaldo’s Champions League dream was also crushed when Ajax made history by eliminating Juventus in the quarterfinals. Despite facing these failures, Ronaldo has managed to score 19 goals and 8 assists in Seria A, putting him in the race of leading goal scorers and assist providers. Ronaldo is currently sitting third in the top goal scorers list.

Ronaldo has been an integral part of Juve’s success since his transfer from Real Madrid for a whopping 100 million Euros. Ronaldo was a prominent goal scorer for Juve, as all their five Champions League goals in the knockout stages were scored by the Portuguese superstar.

However, Juventus boss Massimiliano Allegri has confirmed that the Champions League exit has not affected the future of Ronaldo with the club.

"He is the future of Juventus. He has done well this year and will do great things next year. He's disappointed but he's calm about it, like everyone else."

Reflecting on his journey with Juventus so far, Ronaldo affirmed that his first year in Italy was pretty good.

In an interview with Sky Italia, Ronaldo said, "It was a year of adaptation and it was a very good one. I feel happiness and joy because this team deserved to win the title because we were the best team this season."

"You can't always win, we tried everything we could but only one team can win the Champions League. Next year is another year and it is possible. I will 1,000 per cent be at Juventus next season."

Juventus have already won the league with five games to spare, and Ronaldo certainly would be eager to face Inter Milan and Torino in the upcoming weeks to increase his goal-scoring tally.