Possible May 9 resumption of Bundesliga behind closed doors 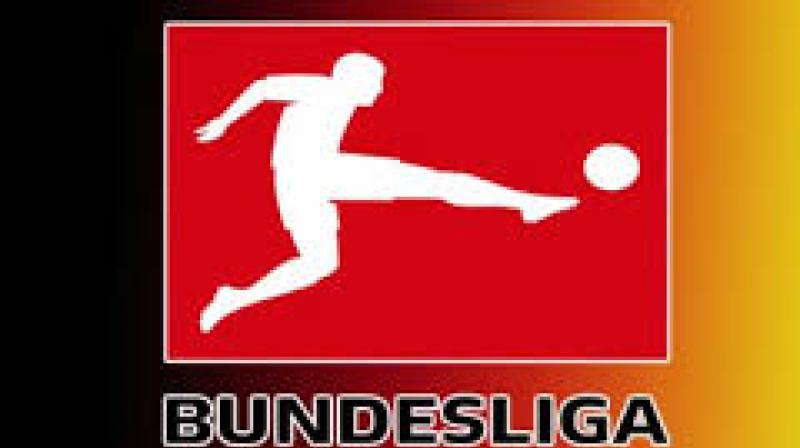 Berlin: Germany's Bundesliga could resume from May 9, regional leaders of the country's biggest states said, although games can only take place without spectators to prevent coronavirus contagion.

Markus Soeder, state premier of Bavaria which hosts champions Bayern Munich, said it remains "completely unimaginable to have spectators" in the stadiums given the need for social distancing to slow the virus spread.

But "we could perhaps from May 9 play such a round of 'ghost games'," Soeder told Bild, using the German term "Geisterspiele" for matches played in empty stadiums.

"A weekend with football is much more bearable than a weekend without football," he added.

Likewise, Armin Laschet, premier of North Rhine-Westphalia state which is home to Borussia Dortmund, said Germany's top flight could resume "on condition that there is a thoroughly thought-out concept".

The German Football League (DFL) has presented "safeguards" in recent days, said Laschet, adding he "can imagine us returning to 'ghost games'".

The backing of the premiers of Germany's two most powerful states could prove to be crucial to the league as it mulls a resumption of the Bundesliga.

A decision is imminent with a video conference due to be held on Thursday between the DFL and 36 clubs in the first and second divisions.

While Germany began easing curbs and allowing smaller shops to open from Monday, large public events have been scrapped through to August 31.

The DFL is desperate for the season to be finished by June 30 to secure an instalment of television money, reportedly worth around 300 million euros ($326 million).

It is hoping to get the green light from Angela Merkel's national government for the top two tiers to resume next month -- possibly on May 9 or 16.

Earlier on Monday, German FA chief Fritz Keller insisted the Bundesliga could only resume next month behind closed doors, although a nationwide collective of fan groups voiced harsh criticism of the league returning.

"The resumption of football, even in the form of ghost games, is not justifiable," supporters' group Fanszenen Deutschlands said in a statement.

The group says it would be a "sheer mockery of the rest of society" and especially to those in Germany's health system dealing with the pandemic.

"We are very much aware that football without fans lacks its heart," Keller told Kicker magazine, adding without the TV money "some fans might never be able to attend a game of their club again, because it might soon no longer exist."

Another issue that needs to be clarified is the testing of players and backroom staff every few days, should the league resume.