The 51-year-old received the award from Italian and Juventus legend Marcello Lippi in Florence. 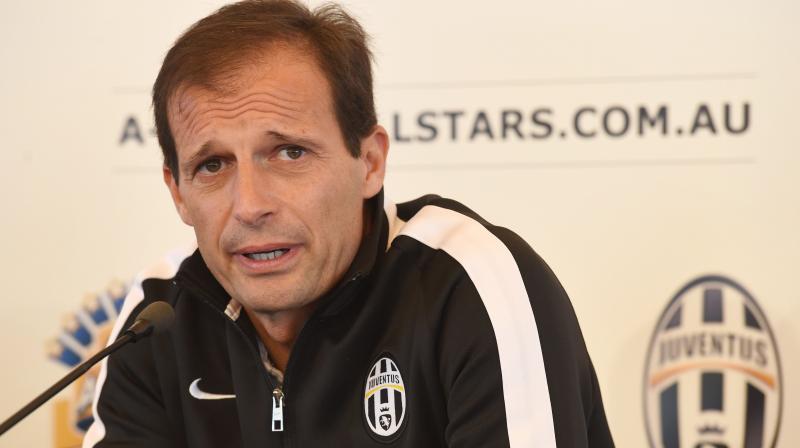 The 51-year-old received the award from Italian and Juventus legend Marcello Lippi in Florence.

The Italian Football Federation recognised Allegri following five successive Scudetto triumphs and six in total. The manager will leave the Serie A champions following their Sunday's, May 26 match against Sampdoria.

"Allegri is the only Italian coach to have won five Scudetti in a row. In total, he has six league titles, plus four Italian Cups and three Italian Super Cups," the Italian Football Federation said in an official statement.

"He has already entered history as one of the most decorated coaches, and only at the age of 51. But Allegri will leave a mark because he is a winner who has not lost the sense of the game. He is rational and who accepts the irrational, and trains to enjoy the game that, as he says, was and will remain simple," the statement added.

Allegri had led AC Milan to Serie A victory in 2010-11 and then he replaced Antonio Conte as the manager of Juventus in 2014.

"I leave a team with a winning DNA. Even today I have the opportunity to thank all those who have worked with me over the past five years, who are valuable people, humans even before being a part of the technical team," Allegri said in an official statement.

"Now that I have the honour of becoming part of the history of Italian football, I am happy to donate the medal symbolising the closure of this extraordinary cycle," he added.