Coutinho, 27, has been the talk of Germany since joining Bayern on a one-year loan deal from Barcelona earlier this week. 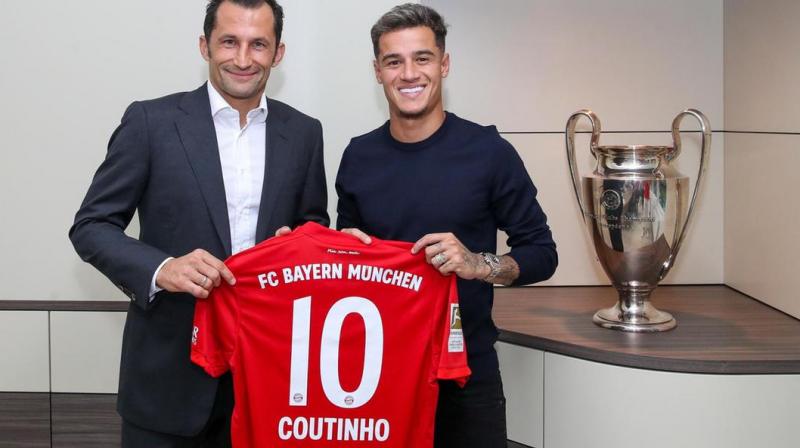 Berlin: Brazilian star midfielder Philippe Coutinho will not make his first Bundesliga start when Bayern Munich travel to Schalke on Saturday, said coach Niko Kovac on Thursday. Coutinho, 27, has been the talk of Germany since joining Bayern on a one-year loan deal from Barcelona earlier this week.

Yet at a press conference on Thursday, Kovac confirmed the Brazilian would begin his first game as a Bayern player on the bench. "He is not quite at the level of fitness he needs to play for 90 minutes," said Kovac. "He has said that himself, and we don't want to take any risks. He has only been training for the last two weeks, so he needs to catch up," he added, but confirmed Coutinho would be in the match-day squad.

"I know a lot of people want us to play him straight away, but everything has to be right." Kovac said Bayern's other new attacking signing, Croatia winger Ivan Perisic, could make the starting eleven against Schalke. "Ivan is much further along, he started training at the same time as we did, and played several games for Inter Milan in pre-season," he said.

Bayern are under pressure to pick up three points against David Wagner's Schalke side, having been held to a draw in their opening Bundesliga game against Hertha Berlin last week.