The goals came after an Aleksandar Mitrovic header had given Serbia the lead in the first half. 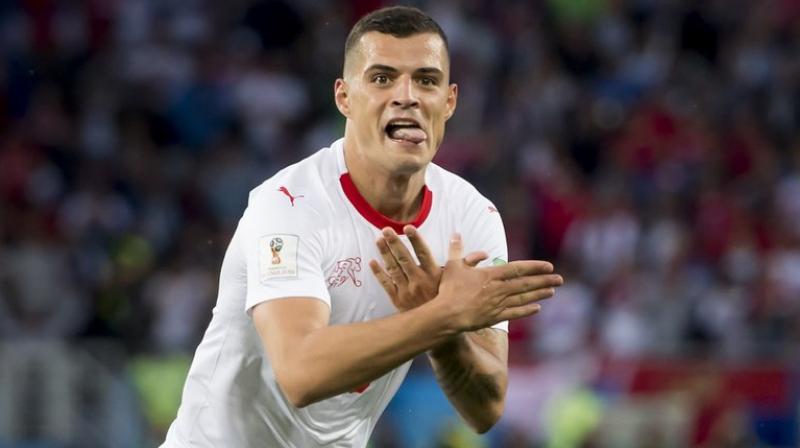 Switzerland’s Granit Xhaka celebrates after scoring his side’s first goal during the group E match between Switzerland and Serbia at the 2018 soccer World Cup in the Kaliningrad Stadium in Kaliningrad, Russia. (Photo: AP)

Moscow: Switzerland has come back to beat Serbia in the World Cup but may have some political controversy to go with its 2-1 win.

The Swiss goals were scored by Granit Xhaka and Xherdan Shaqiri, both of whom are of Kosovo Albanian descent, and both celebrated by putting their hands together to make the symbol for Albania's double-headed eagle.

Xhaka, whose brother plays for Albania, ran to the touchline and locked his thumbs together with fingers outstretched to make what looks like the double-headed eagle on Albania's flag. Shaqiri ripped off his shirt and made the same gesture with his hands on his chest after scoring the winner on a breakaway in the 90th minute.

The goals came after an Aleksandar Mitrovic header had given Serbia the lead in the first half.