Renato Sanches to join Lille after signing a five-year contract 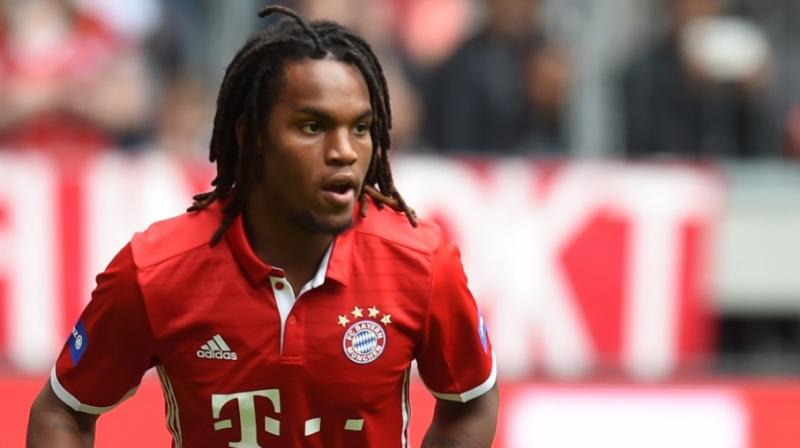 Renato Sanches moved to Bayern for 35 million euros after starring in the Portugal side that won Euro 2016, but he has never fulfilled his potential in Germany. (Photo:AFP)

Lille: Bayern Munich's unsettled Portuguese midfielder Renato Sanches is set to sign a five-year contract with Ligue 1 side Lille, a source close to the French club said on Friday.

The 22-year-old was expected to arrive in northern France on Friday to undergo a medical before closing the deal with a club who will compete in the Champions League group stage after finishing second in Ligue 1 last season.

According to the source, Lille -- whose recruitment strategy is controlled by Portuguese transfer guru Luis Campos -- will pay in the region of 20 million euros (USD 22.1 million) to sign the former Benfica player.

That would make him the club's record signing, with the fee topping the 16.5 million euros paid to Trabzonspor for Turkish midfielder Yusuf Yazici earlier this month.

Contacted by AFP, Lille's Luxembourg-born president Gerard Lopez refused to confirm the deal, stating only that "discussions were ongoing". Lille have cashed in this summer on some of their star players, with Ivory Coast forward Nicolas Pepe moving to Arsenal for 80 million euros.

The sales of Rafael Leao, to AC Milan, and of Youssouf Kone and Thiago Mendes to Lyon, have brought the total amount of money into the club's coffers this summer to around 150 million euros.

Renato Sanches moved to Bayern for 35 million euros after starring in the Portugal side that won Euro 2016, but he has never fulfilled his potential in Germany.

After spending the 2017-18 campaign on loan at Swansea City, Sanches returned and featured occasionally for Niko Kovac's side last season. However, he was fined 10,000 euros by the club after he publicly complained of a lack of game time and stated his desire to leave following a cameo appearance in Bayern's 2-2 draw with Hertha Berlin in their Bundesliga season opener last Friday.

And his chances of featuring more prominently were hit by the arrival at Bayern of Philippe Coutinho on loan from Barcelona.