The home team were left to do the chasing in the second half. 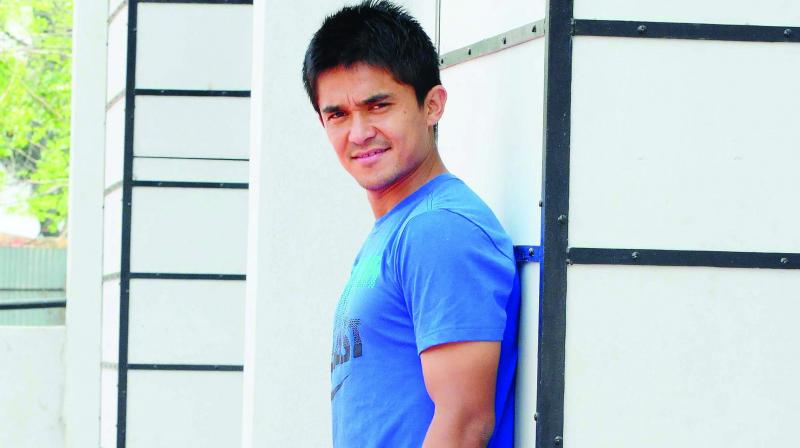 Chhetri missed a couple of chances earlier but he more than made up for it with two quality goals before the lemon break. Miku came up with a calm finish in the second half to put game beyond the Stallions.

Both the sides had a slow start with ball remaining in the midfield. Marcelo Pereira who started for the first time this season made FC Pune City look better upfront.

He made his presence felt with a swinging free-kick in the 19th minute over the wall that almost found the right corner. It needed a remarkable save from in-form Gurpreet Singh Sandhu who used his height to good affect.

Bengaluru FC started to dominate and Chhetri missed a sitter when Udanta wasted no time to cross in a ball from Miku but Chhetri’s tap went agonisingly over for visiting West Block fans.

However Pune City defense was exposed and Chhetri put his name on the score sheet soon by making a smart run forward after midfielder Dimas Delgano chipped a ball over for him and the talismanic Indian striker beat goalkeeper Vishal Kaith nicely in the 41st minute. Chhetri later showed his quality with a cool finish after he decieved defender Sarthak Goloui and then sent the ball past Kaith to make 2-0 before heading to the tunnel for a break.

The home team were left to do the chasing in the second half.