The Bengaluru midfield was given a shot in the arm with the return of Erik Paartalu. 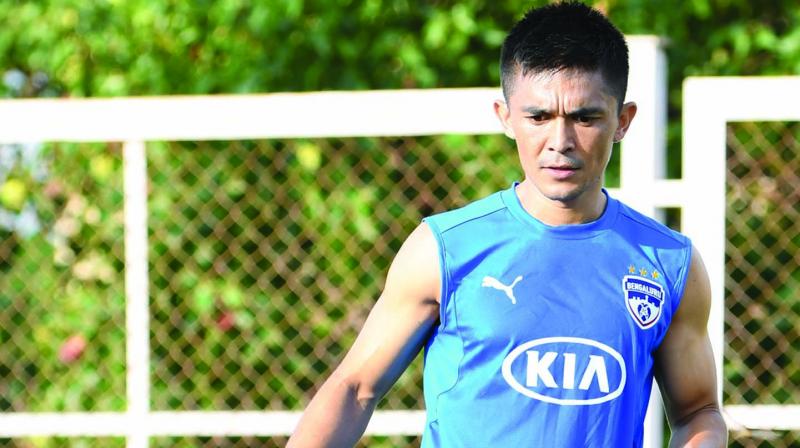 BENGALURU: The Indian Super League resumes after the international break with Bengaluru FC hosting Kerala Blasters at the Sree Kanteerava on Saturday.

The Blues returned to winning ways just before the break after playing out three consecutive draws by thumping Chennaiyin FC 3-0 in their last match. Captain Sunil Chhetri was on target and Carles Cuadrat will have been pleased with the goal return having scored only a goal in the first three games of the campaign.

With most of the Indian contingent of the Bengaluru squad involved with the Indian team during the World Cup qualifiers, Cuadrat refuted the stress factor and instead dwelled on the positives that his squad gained invaluable big match experience playing against Afghanistan and Oman. “We are trying to be always positive, at the same time my players are doing big competition games, it’s also something that can give extra relevance when you are playing in the international level you are getting some challenge that are good for any player in the world”, he said.

The Bengaluru midfield was given a shot in the arm with the return of Erik Paartalu.

Kerala Blasters have not won since the opening day win against ATK and have lost two and drew one game and can bank on their travelling fans to lift their spirits ahead of the Bengaluru game. Blasters coach Eelco Schattorie admitted that he will not be able to play his strongest 11 but refused to give away any details regarding the specific injuries.

“I don’t want to say too much regarding injuries, you will see tomorrow (Saturday),” Schattorie  said.