Manchester City are currently placed at the second position in the Premier League standings with 86 points. 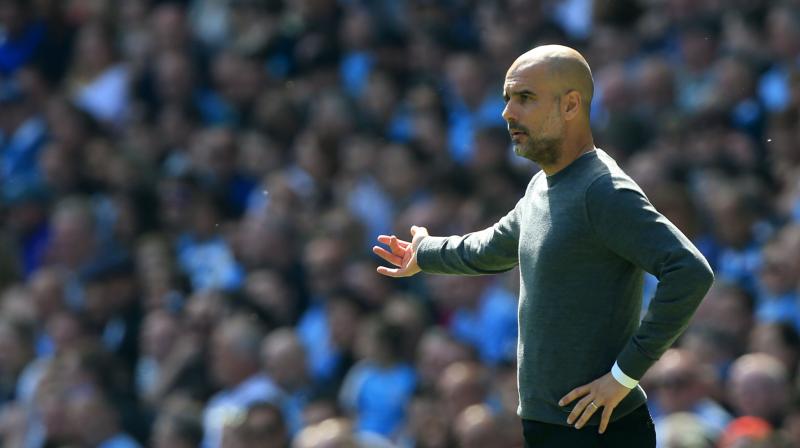 'It's a derby and all the times we play against United, the derbies are always special games and the players do their best for the fans and the club': Guardiola. (Photo: AFP)

Leeds: Manchester City manager Pep Guardiola on Tuesday (local time) claimed that Old Trafford, the home ground for Manchester United, is not scary any more for his team.

Guardiola's comments came before the match between Manchester City and Manchester United.

"The reason why is the fact this club in the last decade grew a lot and it’s not scary to go there. Before it was maybe more difficult. But the players Manchester City have had in the last decade have made this game a little bit more equal," goal.com quoted Guardiola, as saying.

United are going through a blip in form and they suffered a humiliating 0-4 defeat against Everton. Guardiola, however, is expecting Ole Gunnar Solskjaer side to bring their 'A' game in a heated derby match.

"I expect the best United, I’m sure. Football players try to do their best, and that’s going to happen. We prepare for their strong points and weak points," Guardiola said.

"It's a derby and all the times we play against United, the derbies are always special games and the players do their best for the fans and the club. I know in the beginning how strong United will be in terms of their intensity, and we’ll have to handle it. We did it in the past. We'll try to do it again," he added.

Manchester City are currently placed at the second position in the Premier League standings with 86 points. Guardiola said that winning the title is the topmost priority, not winning the match against United.

"The only question is the Premier League, winning the title. In the three seasons since I’m here, we did better than them, but here it’s about winning the title, not beating United," Guardiola said.

Manchester City are currently chasing Liverpool as the latter is on the pole position of the Premier League standings with 88 points.