Masks should not slip in sprints, headers and challenges; games should stop if they slip; masks should be changed every 15 minutes 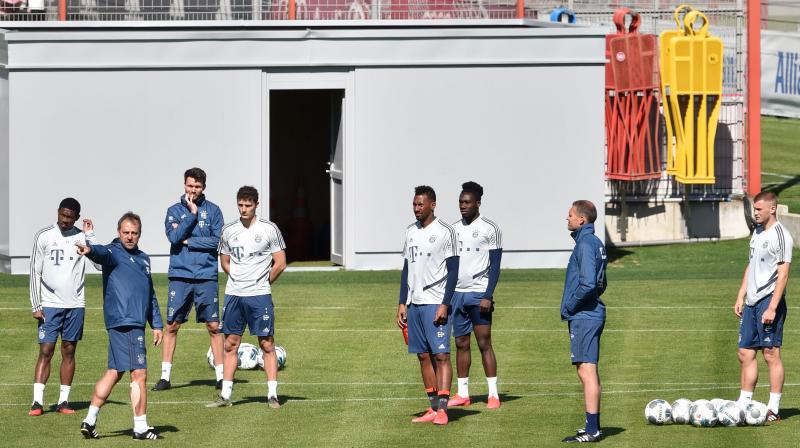 Berlin: Germany's ministry of labour wants footballers to wear masks as protection against the coronavirus if Angela Merkel's government gives the green light for the Bundesliga to return next month.

The German Football League (DFL) confirmed Thursday that they are ready for the Bundesliga to resume from May 9, albeit without fans in stadiums and with strict player hygiene measures in place.

The final decision will be made by German Chancellor Merkel and state leaders, who are due to meet in Berlin on Thursday.

Germany has been less affected by the pandemic, but currently has 5,321 deaths due to the virus.

According to magazine Spiegel, the Federal Ministry for Labour has drafted safety guidelines which include a recommendation players wear a mask which would "not slip in sprints, headers and challenges".

"Should the masks slip, the game must immediately be stopped", according to the draft, and because the masks would get wet fast due to exertion, they should be "replaced every 15 minutes at the latest".

Germany's team doctor Tim Meyer, part of the task force looking into how the German league can return, is sceptical.

"There have also been suggestions such as players should keep their distance in the free-kick wall," Meyer told the German press agency DPA.

"But then the spectators would no longer perceive football as authentic. "If players played with masks, I don't think that would be accepted."

Another suggestion in the ministry guidelines is that each team be quarantined in a hotel for the duration of the season amid hopes it can be completed in Germany by June 30.

"It is quite clear that football would submit to almost all the rules necessary to play," Mueller told magazine Sport Bild.