India have won eight official internationals and an unofficial friendly against Bhutan. 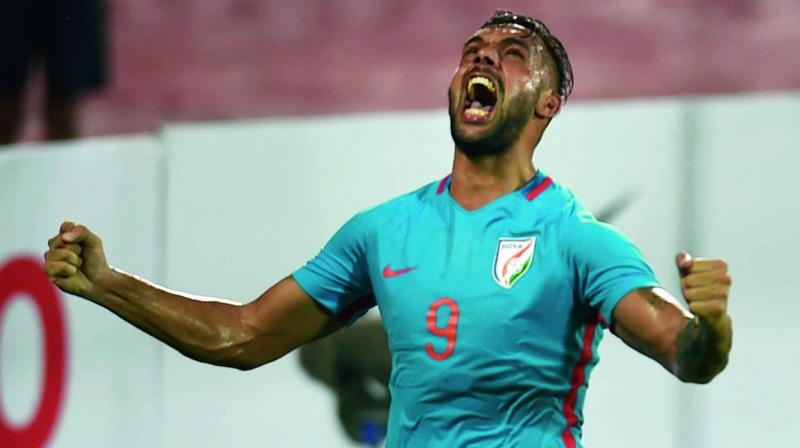 Mumbai: India will seek to win their 10th straight international match when they take on St Kitts and Nevis in their second round robin encounter of the Hero tri-nation football tournament in Mumbai on Thursday. India have won eight official internationals and an unofficial friendly against Bhutan.

Needing just a draw to win the tournament, India have rested star striker Sunil Chhetri and number one goalkeeper Gurpreet Singh Sandhu while Sandesh Jhingan will continue to lead the side. India won the first match against 160th ranked Mauritius 2-1 after trailing by a goal. The seasoned Robin Singh and Balwant Singh scored for the hosts.

Going with his youth policy, chief coach Stephen Constantine is expected to hand senior team debuts to several talented U-23 players after the trio of goalkeeper Amrinder Singh, Nikhil Pujary and Manvir Singh were called up in the opening game.

Constantine said his side needed to start a little bit stronger than the last game.

The tournament is being viewed by India as preparation for their Asian Cup qualifier against Macau on September 5.

St Kitts and Nevis, held by lower-ranked Mauritius to a 1-1 draw, would like to put up an inspired show against the favourites. Their coach Jacques Passy said that they were facing tough opponents “I have seen every game of India, since coach Constantine took over. India have improved dramatically,” he said.