United have been linked with a long list of potential new recruits as Solskjaer seeks to improve after an inconsistent start to the season. 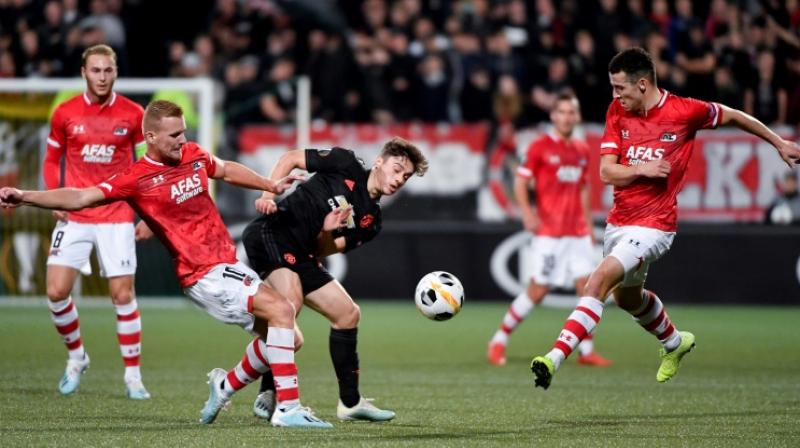 Ole Gunnar Solskjaer said there is little hope of Manchester United being able to make significant additions to their under-performing squad in the January transfer window. (Photo:AFP)

Sheffield: Ole Gunnar Solskjaer said there is little hope of Manchester United being able to make significant additions to their under-performing squad in the January transfer window.

United have been linked with a long list of potential new recruits as Solskjaer seeks to improve after an inconsistent start to the season.

Names like England winger Jadon Sancho, currently with Borussia Dortmund but reportedly keen to return to English football, Leicester playmaker James Maddison and Salzburg striker Erling Braut Haaland, one of the most sought after young talents in Europe, have all been linked with United.

A possible move for Haaland appears particularly plausible, given that Solskjaer worked with the forward while at Norwegian side Molde.

But, given the constraints presented by the mid-season window, Solskjaer insists that talk of a wholesale injection of fresh blood in January is fanciful.

"It is not about 'x' amount of money, it is about who do we think will be good for the club in the long-term, not just three or four months," he said on Saturday.

"Not many clubs want to sell players that they would otherwise want to keep in January.

"Maybe one or two could be a loan deal but that is not a big money thing, it is just to help the team. But we are getting players back and we are looking at what can be available for us."

- No firm return date for Pogba -

Getting players back to fitness has been one of many challenges faced by the United manager over the opening weeks of the campaign, with French World Cup winner Paul Pogba the most notable absentee.

There is still no firm date for Pogba to return form a persistent ankle problem, with the most optimistic estimates appearing to put his possible comeback in mid-December.

But United's difficulties in the centre of midfield have been exacerbated by the loss of Scott McTominay, who injured his ankle before the international break, and veteran Nemanja Matic who has only just returned to training after nearly seven weeks out.

The problems do not appear likely to be solved in time for the start of next month which kicks off with United welcoming Tottenham, and their recently-appointed former United manager Jose Mourinho, to Old Trafford before visiting City in the season's first Manchester derby.

However, Solskjaer has pointed to the recent improvements shown by Brazilian midfielder Fred, a disappointment last season after a 52 million pound move from Shakhtar Donetsk, with his manager finally believing that the 26-year-old is living up to his potential.

"First of all, the price tag, that is none of Fred's concern, and it shouldn't be because that is just how football has gone," said the United manager.

"The prices nowadays, you think, 'Hmm' but the market today is different to what it was. That shouldn't be on Fred, that should be on us.

"He is more confident, he believes in himself. He has come to a new country, the biggest club in the world, he is learning the language. He is speaking good English now,

I don't have to speak very slowly to him when we talk to him now."