Claudio Ranieri a victim of own optimism

The Foxes are 32 points worse off than at this stage last season, with 21 as opposed to 53. 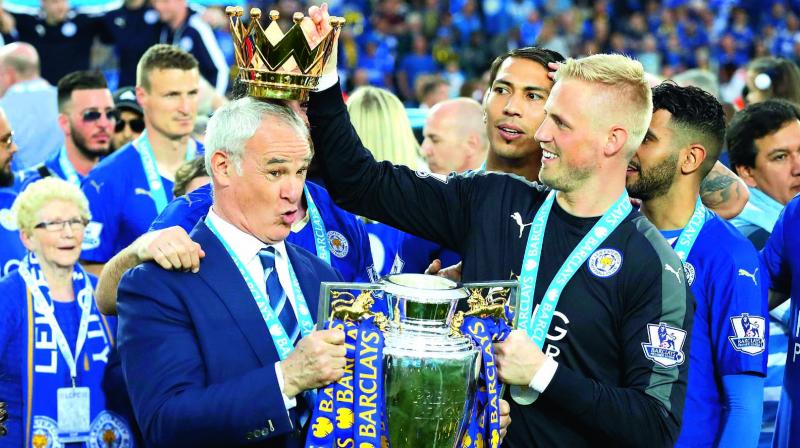 The ruthless sacking of the extremely likeable Claudio Ranieri is sad because it shows a lack of compassion by the Thai owners of the club. It is also unfortunate as the amiable Italian was a victim of his own optimism. In hindsight, it is obvious that there was never going to be a happy ending. Like Icarus in Greek mythology Leicester had flown too high, and had thus too far to fall.

Whatever Ranieri did this season would have felt like an anticlimax. Few on his squad had ever won anything before last year; it is only human to find that intensity draining away.

Maybe he was too loyal to the misfiring players who won the title.

Ranieri took the Foxes to the Premiership title in 2015-16 despite their being rated 5,000-1 at the start of that campaign. But there has been a massive slump in the 2016-17 season. Leicester City are currently 17th and lost to League One Millwall in the FA Cup.

The Foxes are 32 points worse off than at this stage last season, with 21 as opposed to 53. They have lost 14 games, compared to only two and won only five games as compared to 15 last season.

Leicester City have scored just 24 goals whereas in the same number of games in 2015-16, they had scored 47. In 13 away matches they have taken just three points.

It is only six weeks since Ranieri was named as Fifa’s coach of the year but his team’s decline this season has left them in danger of being the first English side since Manchester City in 1938 to be relegated the year after winning the league and the club’s statement makes it clear they think it would happen if he stayed in charge.

The dismal statistics reveals that the team’s decision is justified. Leicester’s have just two wins in the Premier League since November 2016. But at another level it is gut wrenchingly sad, that Ranieri was let down by chairman and owner Vichai Srivaddhanaprabha of Thailand the founder and CEO of King Power Duty free shops.

On February 7, Leicester City issued a statement saying Ranieri had their “unwavering support”. Sixteen days later they sacked the 65-year-old Italian, who had signed a new four-year deal in the summer. His dismissal comes just 292 days after he lifted the Premier League trophy at the King Power Stadium last May following victory over Everton.

But what went wrong? Ranieri was praised for adopting the right tactics last season. He was no more called the Tinkerman but the Thinkerman.

When he took over in August 2015, he did not try to change the team’s playing style but adopted the tactics which would suit his team. He did not impose players on the established playing eleven.

Ranieri angered star players this season changing everything from the line-up regularly to even the post-match menu as chicken burgers were replaced by pasta.

He lost the aura of the dressing room. Some of his selections led to bickering among the players, for which he paid a heavy price.