I will not celebrate against Mumbai City FC, says Sunil Chhetri

Chhetri and Lyngdoh served Bengaluru FC as quite a dynamic duo, and their face-off could be an interesting one for the fans. 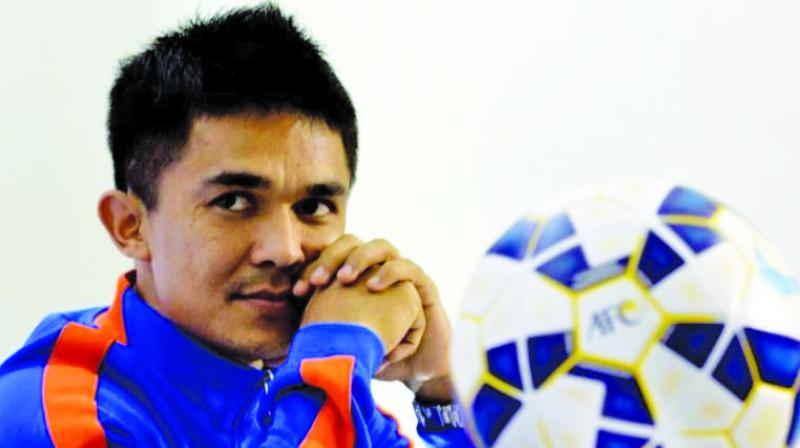 The fate of 200 Indian footballers was decided on Sunday at the Indian Super League (ISL) players’ draft that was held in Mumbai. India’s all-time top scorer Sunil Chhetri was retained by his I-League club Bengaluru FC and will be facing his former ISL team Mumbai City FC.

The Indian ace footballer explains, “When it came to choose between Bengaluru FC and Mumbai City FC, I had to choose the former. I have a long association with the club, and I will provide my services here. I also had a delightful experience with Mumbai City FC, and if I score against them, I will not celebrate, which I don’t anyway.”

Chhetri and Lyngdoh served Bengaluru FC as quite a dynamic duo, and their face-off could be an interesting one for the fans. To this, Chhetri asserts, “I’ll surely miss playing with him, and I wish him all the best as he plays for his new club. All of us try to improve ourselves, each season, and for that you have to experiment.”

Not impressed by the term “marquee player”, Chhetri said, “I don’t understand this term coined at the start of the season. It doesn’t depend on the price or the reputation of the players. If you sign a player for Rs 5 lakh and he goes on to score 30 goals in a season, he is your marquee player.”