Barcelona's best is yet to come: Antoine Griezmann 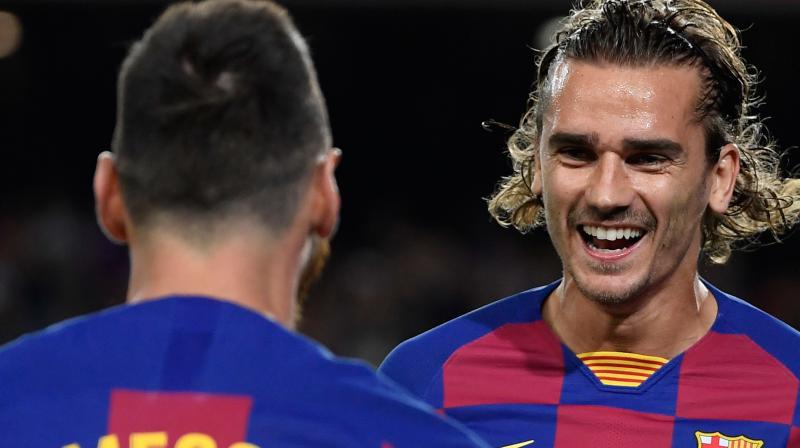 Despite the 2-1 win against Villarreal in the La Liga game on Wednesday, Barcelona striker Antoine Griezmann feels that the club is not at its best and will get better with the upcoming matches. (Photo:AFP)

Leeds: Despite the 2-1 win against Villarreal in the La Liga game on Wednesday, Barcelona striker Antoine Griezmann feels that the club is not at its best and will get better with the upcoming matches.

"We are far from our best version. But with the matches to come, everything will be better," Goal.com quoted Griezmann as saying.

French forward Griezmann scored Barca's first goal in the sixth minute at the Camp Nou, getting to the near post and heading home Lionel Messi's corner.

"You have to keep working. There are new players that have just arrived. We try to do our best in the group, in the field," Griezmann said.

The 28-year-old joined Barcelona from Atletico Madrid in July and acknowledged there is a gap between the two clubs in terms of expectation.

"It's not Atletico, it's different. I'm not too bad, right? Three goals so far. I can do better, yes. But I have to keep working," Griezmann said.

Barcelona are at the fourth place in the tournament standings with ten points and will now face Getafe CF at Coliseum Alfonso Perez on September 28.