'Without Messi, Barcelona are not as superior': Villarreal coach Javi Calleja

Barcelona are at the fourth place in the tournament standings with ten points and will now face Getafe CF. 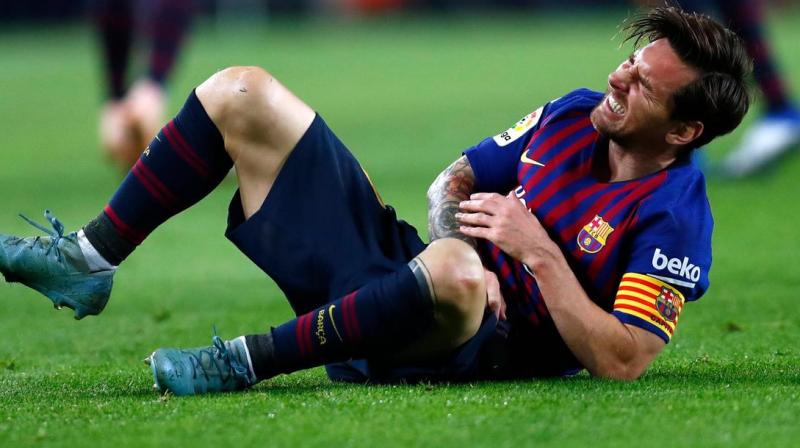 Barcelona defeated Villarreal 2-1 in the La Liga fixture in which Messi made his first start of the season after sustaining a calf injury. (Photo: AP)

Leeds: Villarreal coach Javi Calleja believes that Barcelona were not superior after striker Lionel Messi suffered an adductor injury during the match on Wednesday.

"Without Messi, they are not as superior, that is evident, but we know how to stop them. We were unable to do more damage or defend better at the beginning," Goal.com quoted Calleja as saying.

Barcelona defeated Villarreal 2-1 in the La Liga fixture in which Messi made his first start of the season after sustaining a calf injury. He returned to the pitch but was replaced by French winger Ousmane Dembele at half-time.

"Messi played the first half. The team worked to ensure he was not decisive. When he's on the pitch he makes a difference, although it's true he had some discomfort," Calleja said.

"We are hurt by the defeat, but happy with our job," he added.

Ansu Fati replaced Luis Suarez with 12 minutes remaining and went close to sealing the three points before seeing an appeal for a penalty turned down following a VAR review.

"I was amazed. He did everything right. He has huge quality and he is not weighed down by the responsibility. For a football lover he is a joy to watch," Calleja said.

For Barcelona, Antoine Griezmann and Arthur Melo netted the ball while Santi Cazorla scored the only goal for Villarreal.

Barcelona are at the fourth place in the tournament standings with ten points and will now face Getafe CF at Coliseum Alfonso Perez on September 28.