Gurpreet ranks China as one of the top three opponents he has faced in his career alongside Iran and Kyrgyzstan. 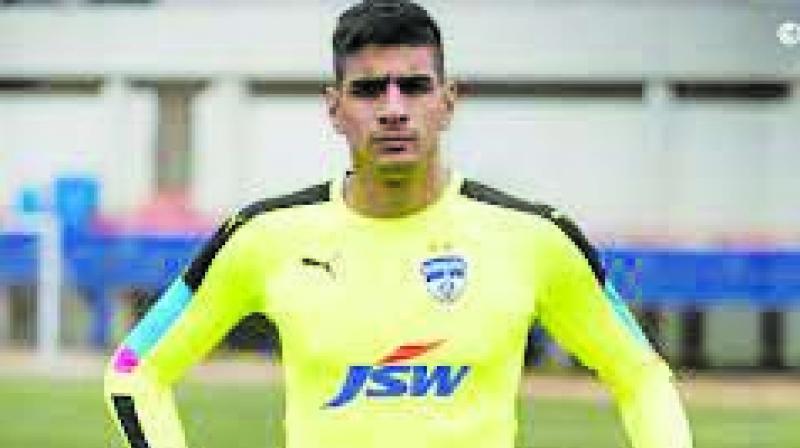 Bengaluru: India managed a goalless draw in an international friendly against a well ranked Chinese side during the recent International break and at the heart of the game was goalkeeper Gurpreet Singh Sandhu, who made some crucial saves to keep a clean sheet and earn a hard fought historic draw.

In the city for a promotional event, Gurpreet participated in a free kick style competition with youngsters. Interacting with the media on the sidelines, Gurpreet expressed his delight in partnering Red Bull. “We try to come up with initiatives through which we can connect to people around the country and promote the game and make them more aware,” he said.

Dwelling on the game against China, Gurpreet said not conceding a goal was one of the crucial points in the match which eventually kept India in the game.

“To get a clean sheet away from home against China was very, very special and when I look back now and see the game, there are things that I can improve on still and I want to,” he said.

Gurpreet ranks China as one of the top three opponents he has faced in his career alongside Iran and Kyrgyzstan.

With the Asian Cup coming up in January next year, India will be tested by better sides in the competition and Gurpreet feels that they should take it game by game and not look too much forward. “If we are already thinking about us going through the group it is not going to help us,” he said.

“If we are playing in every single Asian Cup, because it is very important to play your own continental cup. All the other teams that go to the World Cup from Asia are playing in the Asian Cup and it is very important because that is where you face quality sides who have played in the World Cup and played against top teams in Europe and South America. If we are in the Asian Cup more frequently that is when we know that we are on the right path and the dream to play the World Cup is not that far,” the goalkeeper said.